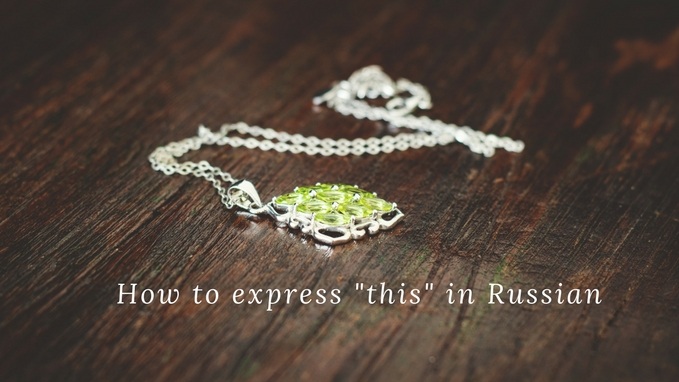 Это, Этот, Эта, Это, and Эти: Expressing “This” in Russian

In this post we'll talk about how to say "this" in Russian. It's usually pretty straight forward, but there are a few exceptions that throw some people off.

Saying "this is" or "these are"

Is this your suitcase?

This is my book.

This is my letter.

These are my books.

You'll notice that in all these examples Это is used to point things out or introduce something.

Also notice how Это doesn't change form. This is because we aren't directly modifying any nouns. In other words we aren't saying "These books are...", or "This letter is...". Instead we're simple saying "These are...(books)", or "This is...(a letter)".

Other useful phrases where we use Это include questions such as:

Whose book is this?

What kind of book is this?

This letter is very interesting.

These books are very interesting.

These words also modify the nouns they are in front of, so like adjectives and other modifiers they change form based on number, gender, and also case ( more on case in a latter post).

Saying "this" and "that" in Russian

There you have it! Now you'll have a great head start on saying things like "This is", or simple "This...". Try incorporating these words into your next Russian conversation!