Pimsleur is a renowned brand name in the language learning field. Their courses are known for being among the only audio courses that actually help you speak a foreign language.

Many learners promote the courses because of their simplicity, design, and effectiveness. But Pimsleur courses aren’t the end all be all for language learning. They’re also known for a limited vocabulary, high price tag, and lack of reading materials.

In our Ultimate Review of Pimsleur we pick out the many strengths and weaknesses of Pimsleur’s language courses as a whole. In this review we’re only pointing out the unique features of the Pimsleur Thai course and how they relate to Thai learners.

Pimsleur Courses are expensive. Expect to pay $100+ for 1 Level

Their method includes a question/recall/response technique that is very effective for helping you internalize the basics of a new language.

Many people who use Pimsleur cite a marked improvement in their speaking abilities.

However Pimsleur courses also have their drawbacks. They're pretty expensive compared to other audio courses.

They also tend to use highly formal language that is too respectful for most day to day situations. The courses are also sometimes criticized for teaching limited vocabulary.

Side note about Pimsleur Thai

In this review we’re only covering what we feel are some of the shortcomings of Pimsleur Thai. But it’s important to point out that even with these shortcomings the course has its strengths.

It just that the strengths of Pimsleur Thai like: its functional vocabulary, overall emphasis on pronunciation, and recall method; are common to all of Pimsleur’s courses.

Rather than reinvent the wheel we kept the strengths in the full Pimsleur review and pointed out the cons unique to just Pimsleur Thai. Hope this review helps!

The 3 Shortcomings of Pimsleur Thai

The biggest problem with Pimsleur Thai is that there is only one course level available. More popular languages (Spanish, Mandarin, French) have up to 5 levels and help you reach an intermediate to low-advanced level of proficiency.

With only 1 level, Pimsleur Thai won’t help you advance further than the level of a beginner.

Pimsleur probably doesn’t think that it’s financially viable for them to develop more Thai courses because Thai is a less popular language to learn for native English speakers.

Correct pronunciation is one of the harder aspects of Thai for native English speakers. Thai is often spoken at rapid speed, making its foreign sounds and tones all the more difficult to pick out and understand.

In Thai the individual sounds of words often morph or get dropped when spoken together in a sentence. This is a sort of sound reduction that occurs in most languages. Think of how “How are you doing?” can become “How ya’ doin’?” in American English.

The dialogues in Pimsleur Thai use both individual words and longer phrases with sound reductions, but the narrator never points them out. It’s just assumed that you’ll pick them up.

One example of this is the Thai word for “no”: ไม่ (mâi). ไม่ is pronounced similarly to the English “me”. When spoken at native speed in a sentence its pronunciation often shifts so that is sounds more like the English “may”.

Again the the course doesn’t point out any distinction between the two pronunciations. You’re left on your own to hear it and figure it out for yourself.

Thai is a tonal language, so correct pronunciation is vital if you want to be able to effectively communicate. Pimsleur Thai does of course use tones, but it will again be up to you to concentrate on them and hammer them out.

Thai is a tonal language which makes correct pronunciation difficult

Pimsleur has never been known for their reading resources. The reading portion for their Thai course amounts to an introduction to the alphabet and tone rules, and a list of single words and short phrases written in Thai and read aloud by a native speaker. After learning the alphabet you’re expected to read along with the native speaker.

There is probably some benefit to doing this, but if you’re serious about learning to read Thai you will probably want an additional resource other than Pimsleur.

What other people are saying about Pimsleur Thai

Learning a language takes a lot more than 15 hours (or 30 hours if you repeat a lot like I did), but this certainly was not time wasted. I constantly hear words and phrases from this program as I watch Thai television, listen to Thai music, and listen to my in-laws.

That said, it’s not enough for me to completely understand any of those things. It does help me understand the structure of the sentences I’m listening to, though, and that’s helping my listening practice be more valuable overall.

I’m glad I did the program, and it’s likely I’ll go back and listen to some episodes here and there as a refresher.

Once I began using the audios for the graduated interval recall, even though I knew a lot of the words already, when it came to recalling them on the spot in situations like buying stuff at the local market and engaging in general chit chat, my memory began to get far sharper.

I began to eliminate that annoying “Oh man, I know this, why can’t I remember it” syndrome and began retaining a lot more information. I adopted this technique into other areas of my study too.

For this reason, I recommend having the Pimsleur audios on your iPod/Mp3 player, so that you can immerse yourself in phrases and words you’ll be most likely to need on a day-to-day basis. Within a few days you will notice that your brain begins to recall words a lot faster. 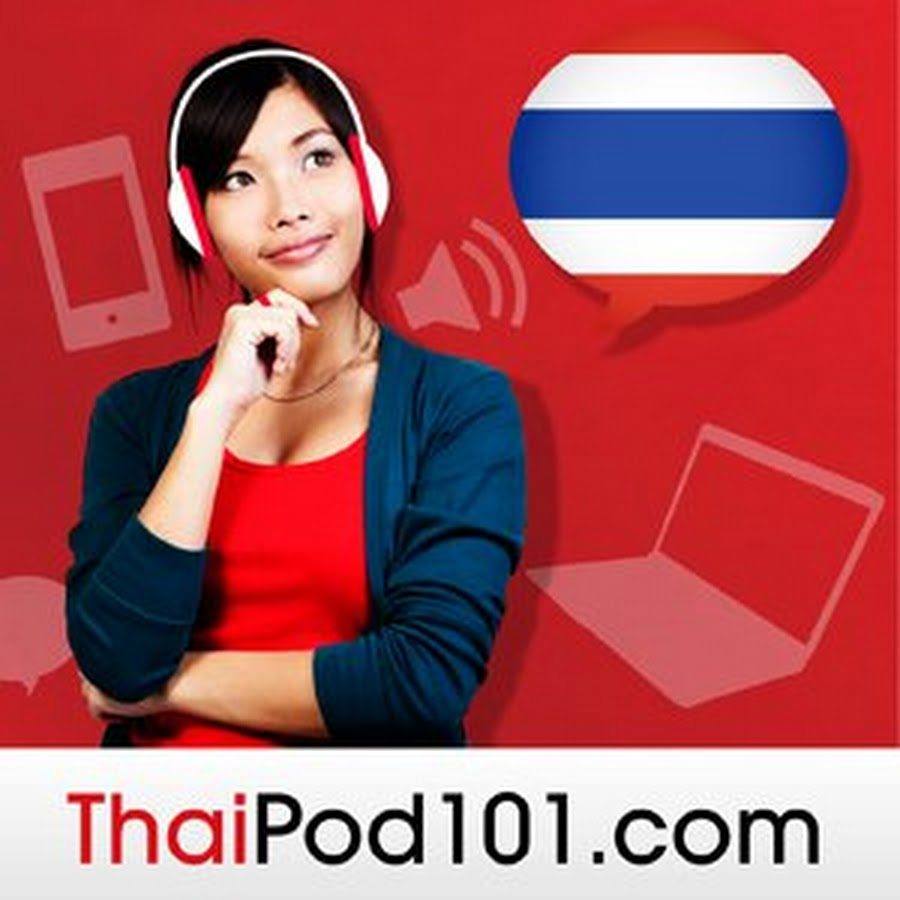 Thaipod101 features audio lessons in a podcast format. Lessons are great for grammar and vocabulary. Each lesson is designed around a Thai conversation between native speakers, and the teachers do a great job of keeping things engaging.

While it's not as structured as Pimsleur it's still a substantial Thai learning tool (it's also much cheaper too). The site features transcripts, an in-site flashcard system, and many other useful features.

An intro video from one of Italki's Thai teachers.

You can connect with language speakers from around the world and practice your speaking skills. Italki is one of the only sites that offers lesson with professional Thai teachers and tutors.

Pimsleur Thai shares the strengths of the other courses in Pimsleur’s catalogue, but also has a few unique shortcomings. The biggest fault is that there’s only 1 course available. If you’re new to Thai you will probably find this level 1 course to be helpful.

Just remember to push yourself to focus on correct pronunciation, and maybe even pick up a few extra resources to help you with your reading.

You can get the 1st lesson from Pimsleur Thai 1 for free on Pimsleur's website. It’s a good idea to the test drive the method and see if it’ll meet your Thai learning needs!