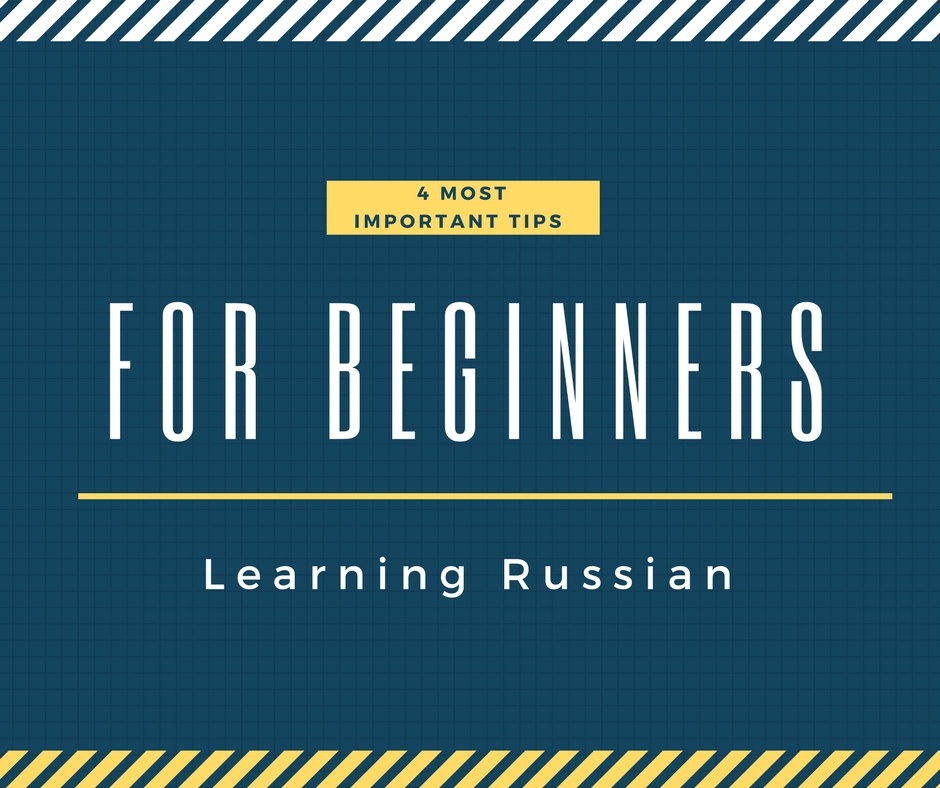 When it comes to learning Russian, there are two types of people: those who are kind of interested and those who really want to learn.

There is nothing wrong with either group. I can’t even count all the times I’ve said I wanted to learn a language and then put it off. People have different goals, capabilities, and limitations in all aspects of life and language learning is no different.

This article is geared toward those who are serious about learning the language and want to know where and how to start. If that’s you, keep reading!

1. Get Familiar With Hard and Soft Consonants

One of the concepts that forms the basis of Russian spelling and pronunciation is that of hard and soft consonant pairs. We're not really conscious of this distinction in English, but it’s of vital importance in Russian.

In order to tell if a consonant is hard or soft, you need to look at the vowel that follows. Russian has 10 vowel sounds that split up evenly into two categories.

The letter ь softens the consonant before it.

If a consonant comes before a hard vowel, it’s a hard consonant. The same applies for a consonant that precedes a soft vowel: it’s a soft consonant.

Knowing the difference in pronunciation is the key to not saying Мат/mat/profanity when you mean Мать/mat’/Mother.

Look at the following pairs:

Tip: when a soft vowel follows a consonant, a “yuh” sound often appears.

When a soft sign comes at the end of a word (we see this with a lot of verbs), your tongue moves to the back of your teeth as opposed to the roof of your mouth.

Practice: Say the word “Duh” (as in “Duh, that’s so obvious!”). Now say the word “mute”.  (Pay close attention to your tongue’s position.)

Hard and soft consonants dictate how words and endings are spelled. Take a look at the following spelling rules:

I wouldn't worry so much about memorizing the rules.  It'll just be helpful to have them in the back of your mind so when you start reading and analyzing texts, you'll have an idea of how the rules are applied.

It’s hard to learn pronunciations just through transcriptions so it’s very important to use video and audio resources. Listen to and mimic native speakers. Record yourself and playback to listen to and correct mistakes.

Make a study of basic Russian phonetics. If you break it down and learn which positions your lips and tongue should be in, it’ll be easier to replicate the sounds. Check out these videos for help with phonetics.

It may feel awkward to stand in front of a mirror and move your mouth in weird ways, but it'll pay off.  Try to copy native speakers so you don't sound like a Russian "gringo".

Always learn the я, ты, and они forms for every new verb you come across. There’s no way of predicting verb conjugations just using the infinitive stem, but knowing the first and second person singular, and third person plural forms will help you figure out the rest.

Knowing these three forms is especially important for when you start learning the present and perfective future tense. This knowledge will also come into play later when you encounter imperative/command forms and participles.

So how can you practice?

Language learners in the 21st century have an unprecedented advantage. Technological advances regularly make our lives easier and more convenient.

You can improve your language schools while playing on your phone. Apps like Duolingo and Memrise use games and competition to stimulate your brain and make the material more fun.

Sometimes you can’t find a native speaker to talk with. Or maybe you need a break from flashcards. Try watching tv or a movie in Russian. Services like Netflix and even YouTube make finding videos in your target language a piece of cake.

You can even use apps like Tune-In and PocketCast to listen to Russian radio broadcasts and podcasts. The possibilities are endless!

Russian grammar is very complicated, especially for native English speakers. You’re not going to memorize all six cases and countless conjugation patterns without repetition. Recognize that it’s going to take time and commit to it.

As I mentioned earlier, spaced-repetition systems are extremely helpful when it comes to committing things to memory. Here’s another resource on the concept.

If possible, find a native speaker (a friend, language partner, or tutor) with whom to practice. This will make the process more engaging and interesting than if you just try doing rote memorization by yourself.

Try not to beat yourself up if everything doesn't come easily.  Take breaks as needed, but don't give up.  Anything worthwhile is worth some effort.​

If you’re serious about learning a new language, especially one like Russian, you need to be willing to put in some work. Start with the basics, like phonetics. A strong foundation will help you avoid later stumbling blocks.

Lay the groundwork for mastering grammar by learning those three key forms: я, ты, and они. Do the priming work at the beginning to make things easier for yourself as you keep going.

It’ll be frustrating at times, but there are ways to make it enjoyable. Grab a friend, listen to some music, watch a movie, make a few flashcards. Whatever it takes, just keep at it.

Let me know if you have any questions in the comment section!  I'm sure that with a little prep work, you’ll be speaking Russian in no time!