5 Hidden Gems I Found in Moscow and Kazan

What's the first thing that comes to mind when you hear the word Moscow?

Have you ever heard of Kazan?​  A few months ago, I would have bet money that you hadn't. Even though this summer's FIFA Confederations Cup soccer tournament took place in Kazan, the city still suffers from a pretty low international profile.

In case you didn't know, Kazan is the sixth largest city in Russia. It's the capital of the Republic of Tatarstan, a majority Muslim region that has been doing extraordinarily well since the fall of the Soviet Union.​​

​It's always fun to play the tourist in new cities, but if you're looking to get more of a glimpse into the every day life of a Muscovite or a Kazan resident, you need to dig deeper.

​I've been to Russia three times over the past five years and have visited six cities there including four of the ten largest ones. I've had the good fortune to really get to know and "live" in Moscow and Kazan for an extended period of time. ​

If you're looking for a few less touristy spots to visit in Russia, this post is for you.​

This is hands-down my favorite establishment in all of Russia. If you’ve never heard of an anti-cafe, the concept is this: you only pay for the time you spend.

Just grab a clock when you walk in and give your name at the front desk. You can then have as many cups of tea or coffee and pastries as you want. It’s only 3 rubles/minute for the first hour, 2 rubles/minute for the second hour. They stop counting after five hours so the most you can pay is 540 rubles which is about $10. 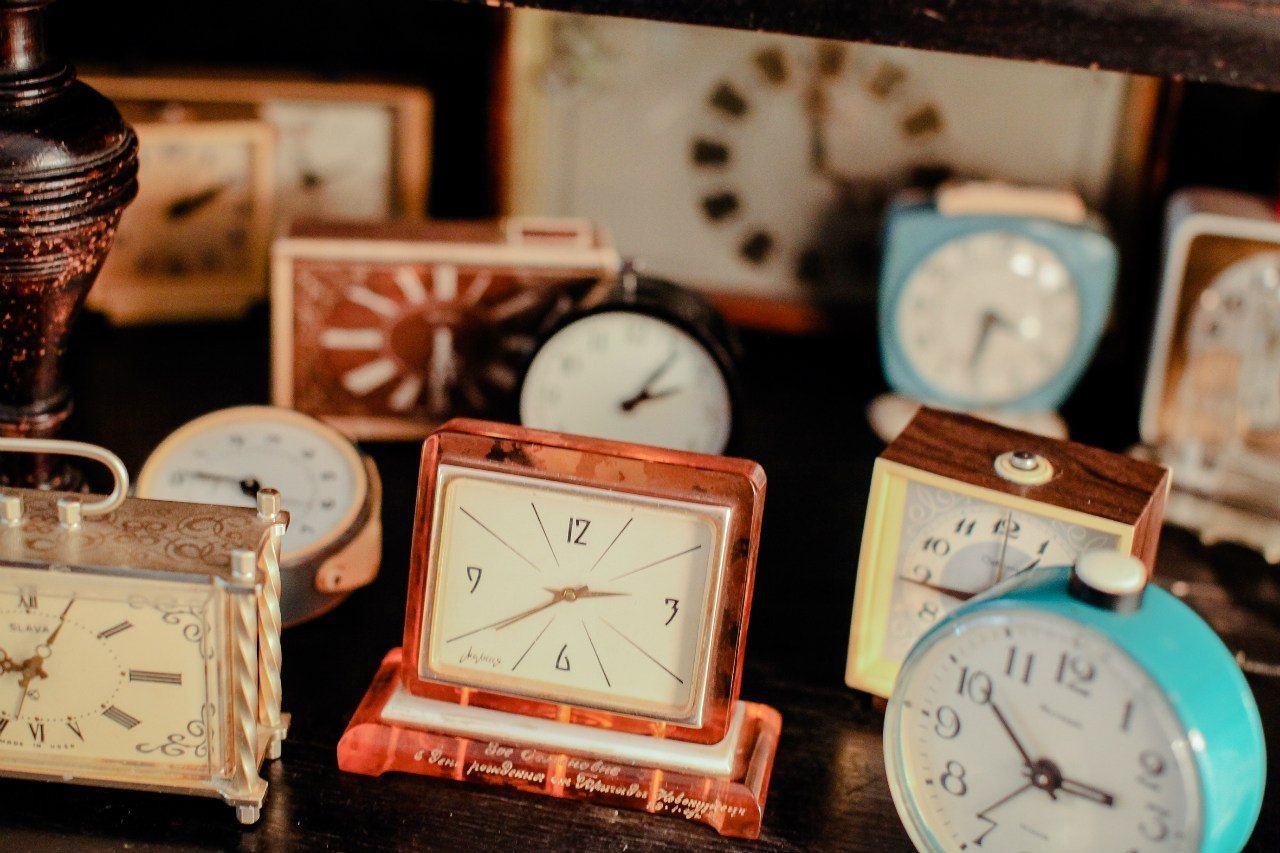 Grab a clock when you walk in! (Image from Tsiferblat VK page)

I’ve been to four different locations in Russia and each has had at least one piano, often a guitar, a small library, and a collection of board games.  There are also different weekly events like salsa lessons, movie nights, language clubs, and lectures. 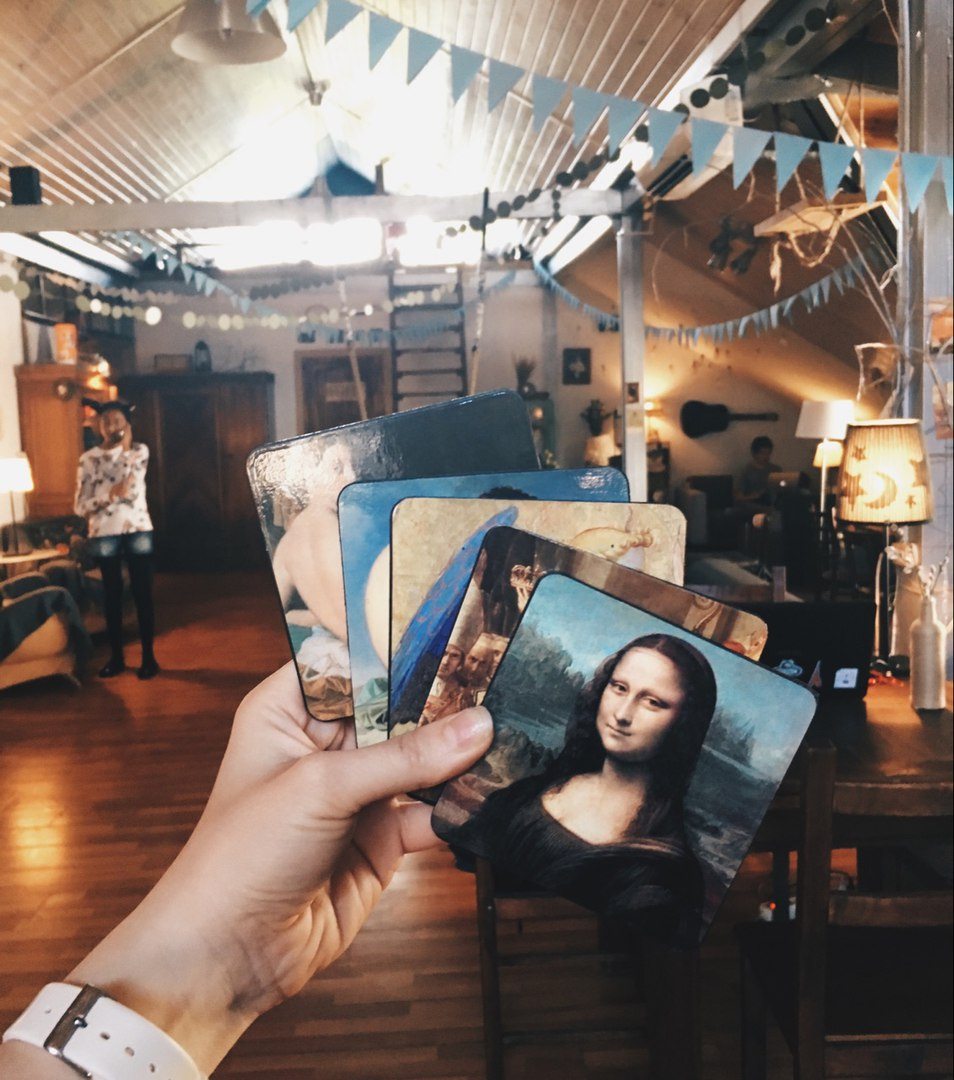 It’s impossible to be in a bad mood when you’re in Ziferblat. Everyone is super welcoming. There are always tons of people willing to help you with your Russian and practice their English. It’s a great place to meet up with old friends and make new ones.

Here's a picture I took of a Metro sign next to the Izvestia building. Izvestia was a popular newspaper during the Soviet-era

This isn’t exactly one spot, but the Moscow Metro and underground pedestrian tunnels are magic.  The metro stations often boast ornate Soviet-era murals and statues, while musicians regularly perform in the underground tunnels.

​One artist who performs in the Arbat tunnel with whom I was extremely impressed was Yasha Mulerman.  Check him out on YouTube, VK, and Instagram!

You can even take an online tour of the metro!

Eating Georgian food is always the highlight of my trips to Russia. (I’m only half-kidding.) Khachapuri is actually the name of a delicious dish consisting of bread, cheese, and eggs, but it’s also the name of a chain of restaurants in Moscow.

Each location that I've been to has a beautiful decor, live music, great service, and most importantly: phenomenal food!  Georgian food is known for its rich use of herbs like tarragon, dill, and parsley and sumptuous wines. 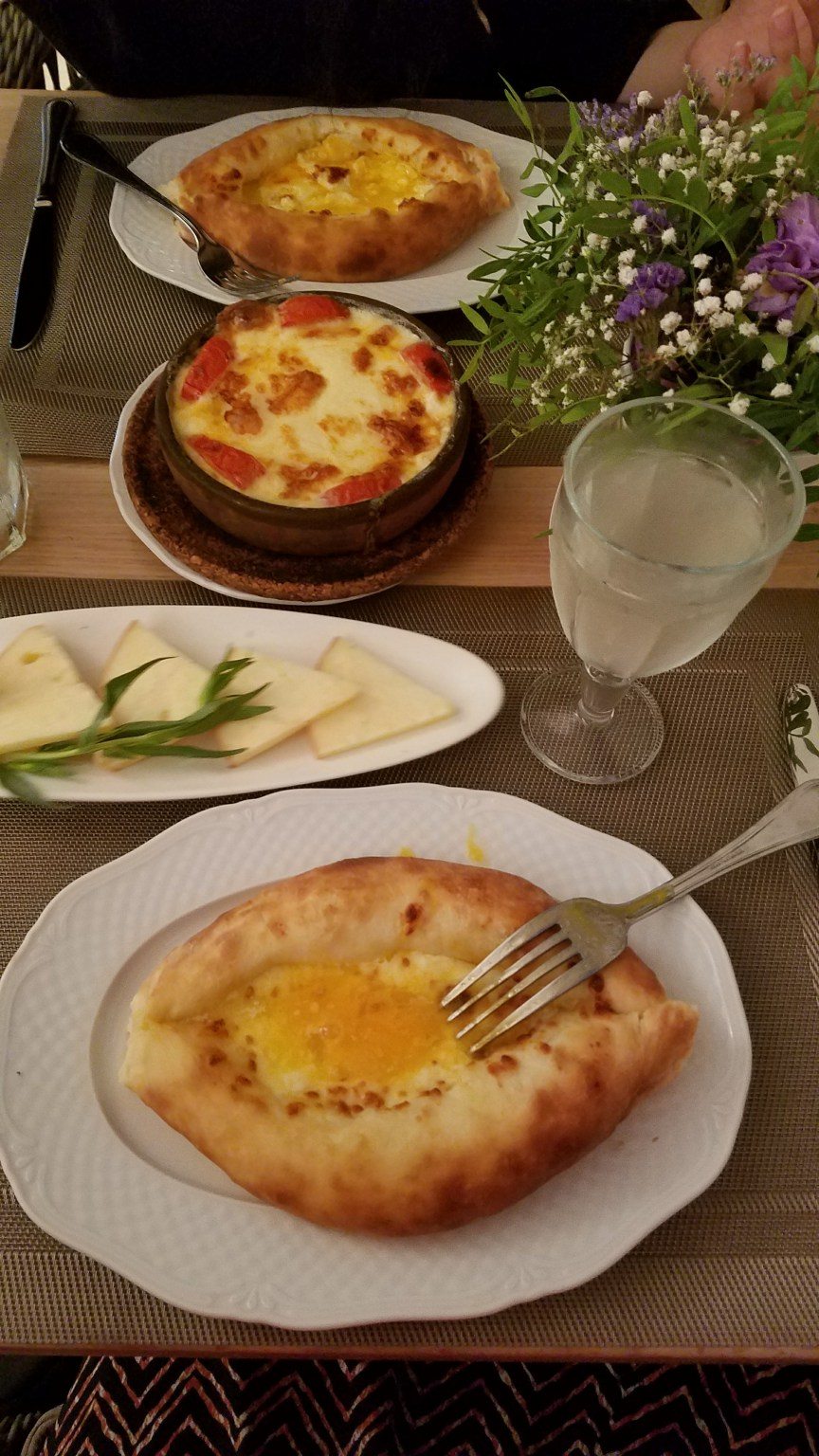 ​Khachapuri is basically cheese-stuffed​ bread (when there's an egg cracked in the middle, that's called khachapuri po-adzharski). Khinkali are dumplings filled with meat and herbs.

The first time I walked in to SMENA Center for Modern Culture gallery, I definitely judged it because it is unabashedly hipster. Fortunately, it grew on me and I can now say that it is a must-see in Kazan!

​From the outside, it looks like an empty warehouse, but inside there's a small bookstore, cafe, lounge, and even an art gallery.  You can browse poetry volumes, regional history books, and of course, art textbooks.

​The gallery is always hosting interesting events such as a four day series on British documentary films, a month long French modern art exhibit, and a Feminist Weekend with guest lecturers.

If you want to meet local intelligentsia, professors, artists, and thinkers in Kazan, SMENA is definitely the place to go!​

Taken from the business' VK page

Located on Bauman (Kazan’s main pedestrian street), the store's outdoor seating opens up onto a stunning view of the walls of the Kazan Kremlin and the beautiful Nikol’skii Cathedral.

They often have movie nights, live music, and other events, plus, I found the Russian version of quesadillas here! 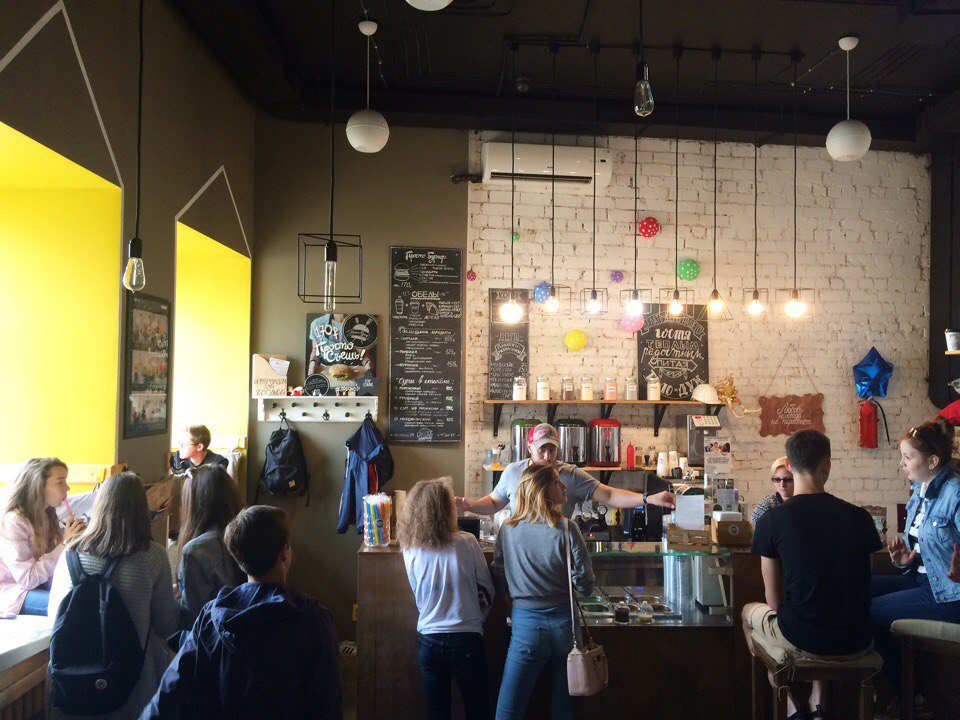 Taken from the business' VK page

​In the midst of these strange times for US-Russia relations, I think it's more important than ever that every day Americans and Russians reach out and try to understand each other.

I'm fortunate enough to have found many places to call my home away from home in Russia.  If you have the opportunity to visit Moscow, Kazan, or any other Russian city, I would encourage you to go for it!

Have you been to Russia? What were some of your favorite spots?  Let me know in the comment section!