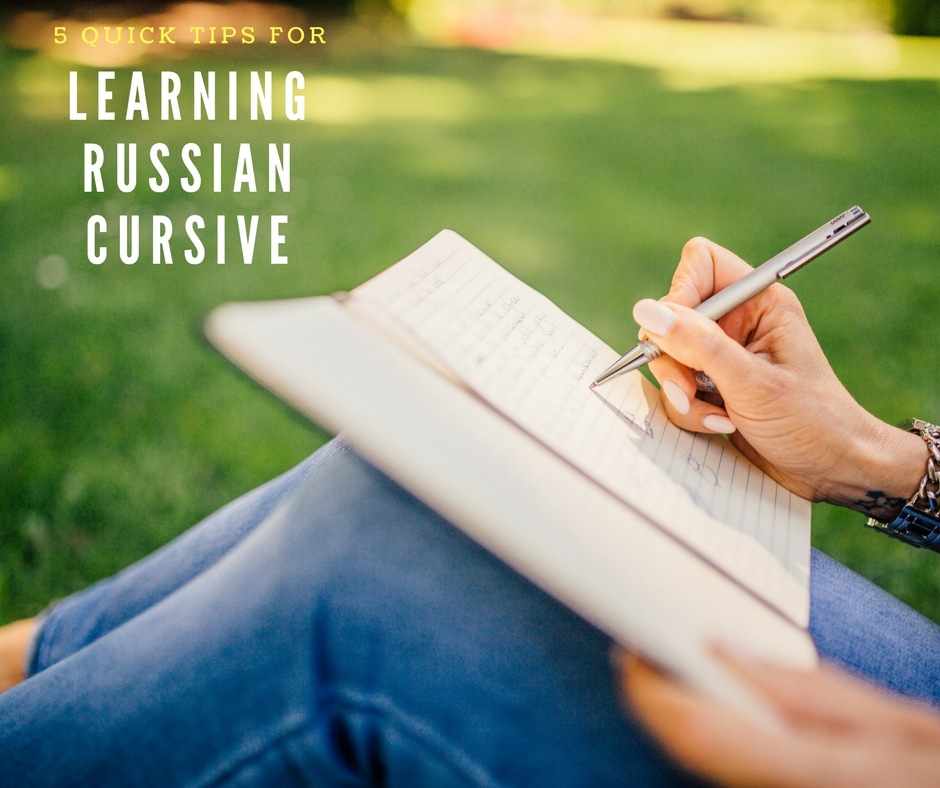 The famous expression I’ve heard so many times from people learning Russian and especially learning Russian handwriting. After all “cursive” seems to derive from “to curse”, so it’s no wonder that so many people studying Russian are complaining about its cursive.

Russian cursive is very beautiful when written in a proper way and, actually, it is a form of self-expression because Russians learn calligraphy from elementary/primary school.

Psychologists claim that handwriting can be a psychological portrait of a person. Moreover, personal handwriting style starts to form at about the age of 9 or 10, therefore it is a good indicator of self-identity.

For instance, talented people with a powerful identity have a sprawling and wide calligraphy, whilst reserved and non-confident personalities tend to write with small and irregular letters.

Moreover, the word “calligraphy” in Russian literally means “clean writing” and since school it is very important to have nice, neat handwriting. But how is it possible to have refined calligraphy and is it even possible, especially if you are a foreigner?

Cursive is not easy for Russians either, but in a different sense as foreigners would perceive it. Foreigners struggle just to tell apart cursive letters, such as ш and и, while Russians have difficulty making their handwriting look very beautiful.

I can tell you for sure that your difficulties are nothing compared to what I had to go through when I was a pupil. In my school pupils could have had a very bad mark only if the handwriting was ugly, without even considering the exercise itself.

Therefore, I will try and give you some useful advices how to learn Russian cursive and, who knows, maybe you will discover some interesting features of your personality as well. 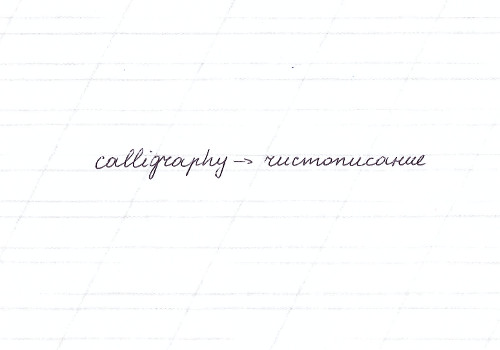 1) Get a good Russian cursive book

First of all, make sure you buy a good and thick пропись, that is to say a special copy-book with pre-filled pages which will teach you the basics of handwriting.

Do not underestimate this first and most important point! I used them when I was 6 years old until I learnt how to write Russian cursive properly and for a Russian pupil it normally lasts for 1 or 2 years, therefore do not skip this passage if you really want to learn how to write cursive nicely.

You could feel stupid following little dots and outlining meaningless words, but if they are in this copy-book, believe me, there is a reason for it! Apart from dots with little arrows which indicate the direction you should continue writing in, there are also lines that slant to the right, which are not placed there randomly.

They indicate the direction your handwriting should be slanting. Russian cursive tends to “fall” to the right exactly because pupils are taught to write like that since their first handwriting experience. Try to follow the direction of these inclined lines as much as possible, but do not worry too much. 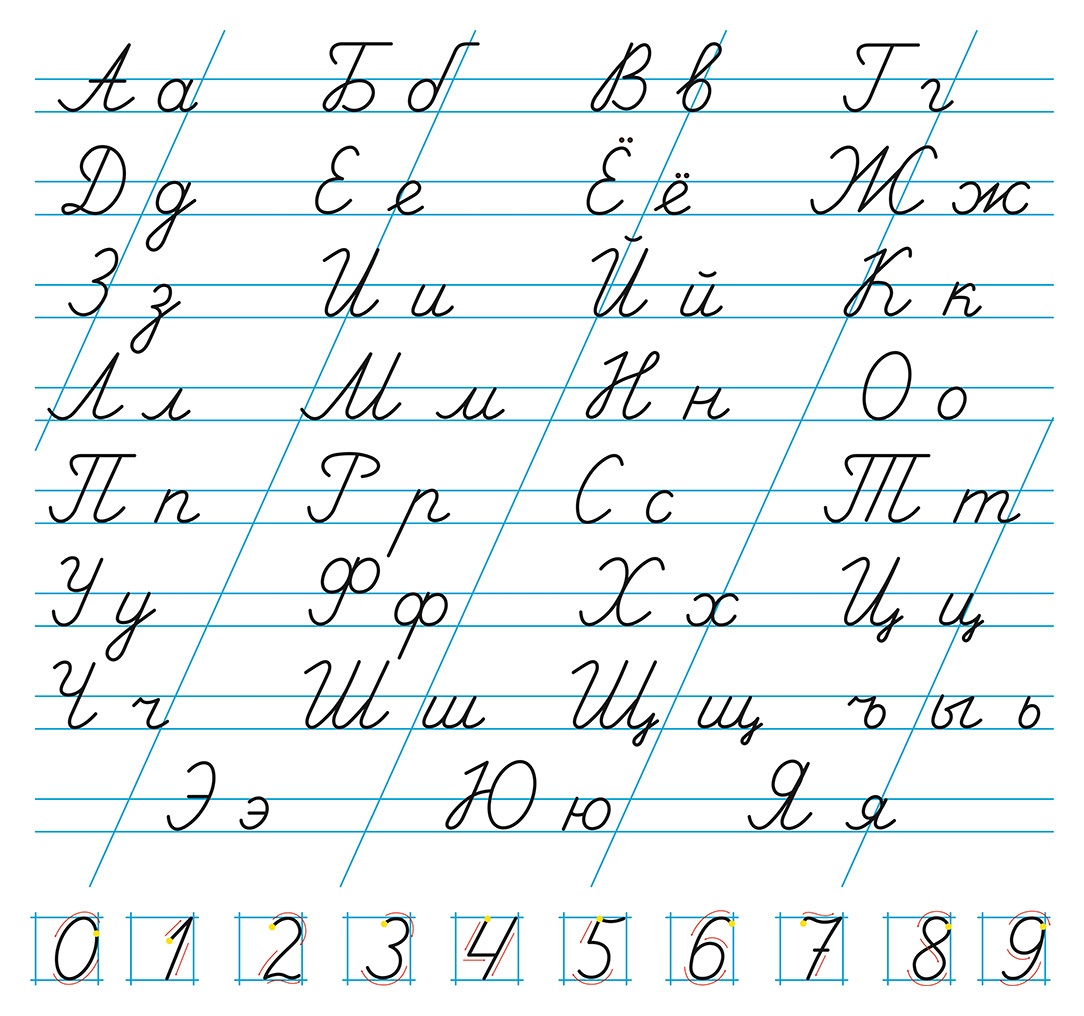 An example of a Russian пропись

I personally know many Russians that have straight handwriting, which of course is not very pleasant to see, but it is still legible (and of course expresses a certain type of personality). So if you cannot follow the inclined line, it is not the end of the world; just try your best for every single letter at least.

2) Practice in the air before the page

Furthermore, before starting to write with a pen in your copy-book, be sure to try the “air-handwriting” technique first. Writing in the air will help you to imagine and see the movements that your hand has to do.

Another helpful exercise before writing with a pen in a copy-book is writing with a chalk on a blackboard. This is an old-fashioned technique, since many European schools do not use blackboards anymore, but in Russian schools they are still very popular because nice calligraphy is still very important in the Russian language.

Anyway, the reason for “air-handwriting” and writing on blackboards is because you can do big movements and write big letters or words, so you can see what exactly your hand needs to do.

Another important aspect of Russian cursive is capital and lower case letters. You may have already noticed that Д and д are written in a different way but it is the same letter.

There are some other letters that differ, depending on whether they are capital letters or small letters. There are not a lot of them, so better to learn them in the beginning just to avoid confusion afterwards.

Moreover, you could easily confuse Latin characters with Cyrillic ones, therefore it would be good to learn by heart that the Latin cursive “g”, for example, is “d” in Russian and “m” is also written differently. Do not worry, because these things will come easily to you in time, especially if you train a lot with the прописи. 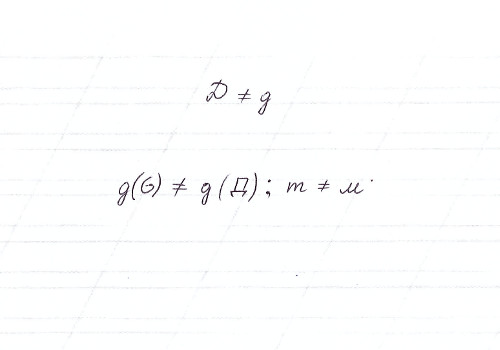 Take your time and do not hurry while you are learning handwriting in Russian. The special copy-books normally start with simple letters, whole pages of them! So do not skip them just because you think there are too many.

If you still do not feel confident with one letter, take another clean sheet and repeat it again until you feel it is enough. It would be even better if a Russian person could help you check over your handwriting, find mistakes and give useful pieces of advice for your improvement.

Finally, once you have learnt how to write letters and short words, you can start copying whole texts. Any Russian book is good for that, especially Russian novels because there could be long words which are a good challenge to test your handwriting skills.

Furthermore, every year Russia organizes a Total Dictation (Тотальный диктант - totaldict.ru), which could be a good exam to test your handwriting. This project was born with the aim to test your skills in Russian, not only handwriting but grammar as well.

In fact, dictations are very popular in Russian schools, from primary school onwards. They improve not only the handwriting but the grammar as well, since Russian is a very hard language to write and there are some differences between the pronunciation and the writing.

There is also a special test for people who study Russian as a foreign language. It is called TruD and it is a part of the Total Dictation project. It is created for those people who do not feel confident at taking the whole total dictation.

My last suggestion would be to try and be as patient as possible. Russian is not easy and I think anybody who has already started studying it has realised that already, but if you have started studying Russian cursive it means that you are on the right track and you have done a lot until now.

So keep it up and do not let Russian cursive intimidate you! Russian cursive could make you cry many times once again, but once you learn it, you will be very happy that Russian native speakers can read your handwriting.

This will be very valuable, especially if you decide to move to Russia, where both at work and at educational institutions you will definitely need to know how to write by hand and to read handwriting. 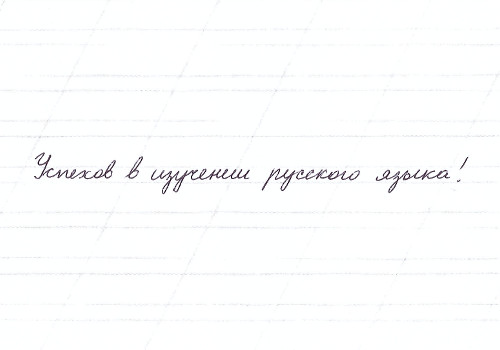