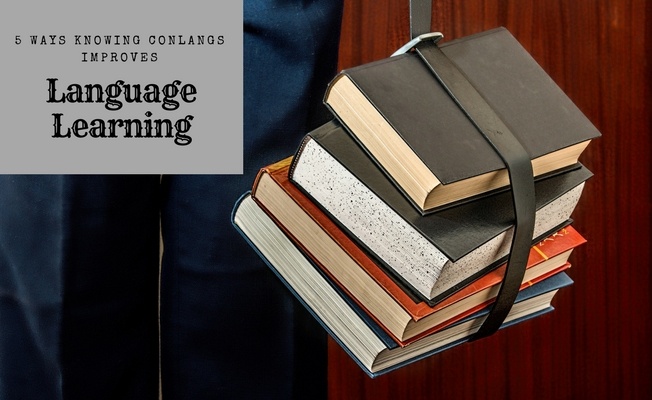 Language is the greatest creation that has ever been made. We need languages to define who we are and how we deliver our message, and we also need them so that we can be understood.

According to many researches, there are more than 7,000 languages in the world. These languages are natural languages, including the language that you and I know, and the language in which this article is written: English.

We as human beings are never satisfied, we always find ways to improve or create something new and better, including our languages. Thus, the term “constructed languages" (aka conlangs) has been born.

The first conlang that I learned (and can now speak quite well) is Esperanto. It is by far one of the most discussed conlangs on the internet. There are many pros and cons about this language.

If you use a different perspective to think about Esperanto, it is just another language, what’s the big deal? What you might not know is that a language is not just a communication tool, it also encompasses an ideology, a power that shapes our community, and that is what matters most.

Since then, I have been gradually interested in the art of making languages or so-called “conlanging”.

I am not a hardcore conlanger and neither do I have a degree in Linguistics, but I can speak Esperanto quite well. I also have a basic understanding of Toki Pona, and have learned Elefen. I have read about about a dozen other conlangs. and I’m also a multilingual in natural languages as well.

These languages include Interlingua and Elefen for Romance languages, and Interslavic and Slovio for Slavic languages. Those are only two of many examples. By learning these languages, you will feel more  familiar with, and be able to better understand, natural languages from the respective language groups.

Conlangs are created consciously and creating a conlang is a planned project. Conlangs are not the same as natural languages, where you may not know why a language has irregularities and illogical characteristics, such as why we have "walk", "walks", and "walked" but "go", "goes", "went". These words mean the same thing but differ depending on the subject pronoun and adverb of time.

You may argue that there are conlangs that still follow this complicated conjugation and irregularities, but for the sake of delivering our message, do we really need this complexity?

4. Conlangs let you think beyond what ordinary human can think of

​https://en.wikipedia.org/wiki/Na%27vi_language​​​Conlanging lets you live in your fantasy world where you envision yourself as the Almighty by creating a language that will eventually spread out and develop itself into several branches, and will shape the way its speakers act and perceive the surroundings.

Conlanging is also an art, it visualizes your thinking. Did you know that the languages you know influence the way you think? Language brings concept, it means that if a word does not exist in your language, you won’t know about the concept that word possess. For example, if there is no word for “blue” in your language, you won’t know that blue color exists.

5. Conlangs are an expression of art and conlangers are artists

​https://en.wikipedia.org/wiki/Constructed_language​​​We are attached to our language, we are what we are because of our language. Thus, in creating conlangs, conlangers also put lots of efforts and deep thoughts into the making.

We all know Na’vi from the movie Avatar and Dothraki from the TV series Game of Thrones, and there are several more languages which have been created deliberately for the entertainment industry.

There are also conlangs designed for aesthetic pleasure, such as Solresol, a conlang that you can use by singing or coloring. There are even conlangs created as jokes, such as Europanto, a conlang that mixes words from European languages in an unstructured way.