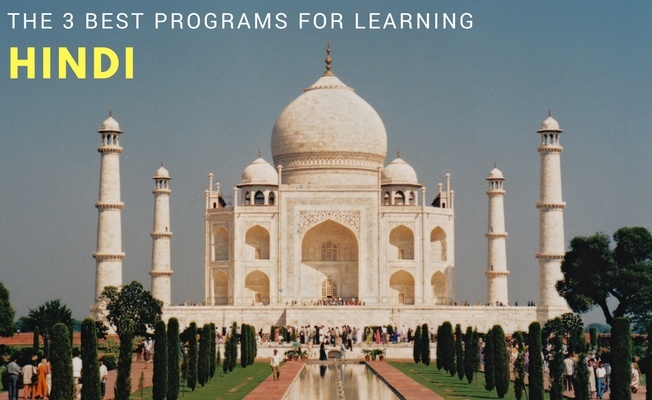 If you're a Hindi learner your options will be limited when it comes to learning programs (on the plus side you do have an overabundance of Bollywood movies to watch).

The dream of every Hindi learner

We've search the net far and wide to find the best Hindi resources we could. In this post we'll take a look at some of the best courses and programs for students of the language.

But before we begin, we should probably talk a little about what exactly to expect from a quality Hindi course...

Features of a great Hindi program

Because Hindi isn't as popular of a foreign language, many lagnuage learning companies overlook the language entirely. When a Hindi course does come out, many times it's a lackluster modification from a Spanish or French language course.

While Hindi is more closely related to English and other Western European languages than say Japanese or Arabic, it still has some unique differences that should be addressed in every course.

To the native English speaker Hindi has its share of grammatical quirks. Some examples include: a lack of definite articles ("the" or "a"), a subject-object-verb word order (as opposed to the English word order of subject-verb-object), and the lack of "do" as an auxiliary verb ("When you get new car?" vs "When did you get a new car?")

Compared to some other foreign languages which are further from English, the grammatical differences in Hindi aren't all that bad.

Still, when taken together, a lot of little differences can cause confusion for new students. A good program should acknowledge these differences and help students bridge the gap between the two languages.

Every human language (at least the written ones) can be broken down into four parts: listening, speaking, reading, and writing. It's highly beneficial to you as a learner if you can learn these four aspects together.

Many programs and courses tend to focus on one or two skills (like reading and listening), while not giving enough attention to the others.

This can result in a sort of lopsided learning approach. If you learn Hindi holistically you will find that each aspect of the language will reinforce and develop your skills in the other three areas.

A closer look at the history behind Hindi's writing system

A program worth its salt should expose you to reading, writing, speaking, and listening in Hindi.

A note about the Hindi writing system

Hindi uses the Devanagari script. This script groups vowel and consonants together in units. Each unit is founded on a consonant, meaning that vowels have a sort of secondary status to consonants.

Also, the script itself is beautiful to look at (in my opinion at least). If you can try to use a program that incorporate the Hindi writing system. You'll be glad you did!

Rocket Hindi is built around recorded audio in the form of dialogues. The dialogues have English explanations and usually teach the language in "chunks" or phrases versus individual words (this is great for conversational Hindi).

The course also emphasizes all four aspects of the Hindi language, including a wide selection of special lessons dedicated to the Devanagari script.

In addition to conversational phrases and the written script, Rocket Hindi also teaches learners the explicit grammar behind Hindi phrases. Throw in the program's voice recognition and recording software, and you have one of the comprehensive and well rounded course for learning Hindi! 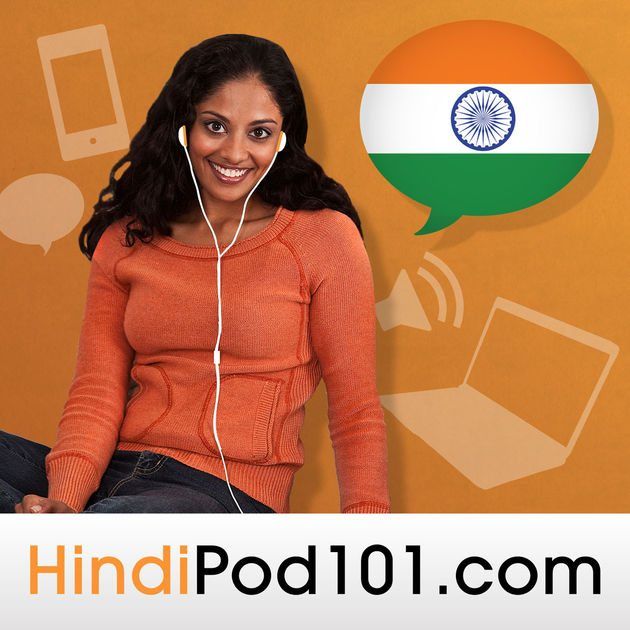 Hindipod101 features audio lessons in a podcast format. Lessons are great for grammar and vocabulary. Each lesson is designed around a Hindi conversation between native speakers, and the teachers do a great job of keeping things engaging.

While it's not as structured as Rocket Hindi it's still a substantial Hindi learning tool (it's also much cheaper too). The site features transcripts (written Hindi and English), an in-site flashcard system, and many other useful features.

Pimsleur is entirely audio based and is specifically designed to develop your conversational skills.

The program use a unique and effective question/recall/respond technique to get you on your feet in your new foreign language. With Pimsleur You'll learn a limited but functional vocabulary and have a good sense of pronunciation.

The main drawback of Pimsleur is that there is little to no focus on reading and writing in Hindi. Still, the program is highly effective at developing your conversation skills. Most other audio programs don't even come close to exercising your listening and speaking skills as well as Pimsleur does.

Regrettably Hindi learners don't get the pick of the litter when it comes to learning resources. Even though Hindi is a widely spoken language, it isn't popular as a foreign language, thus not many programs are made for it.

In this article we picked out the top three best learning resources for learning Hindi. If you're serious about learning the language don't be afraid to look over each program and decide which is right for you!