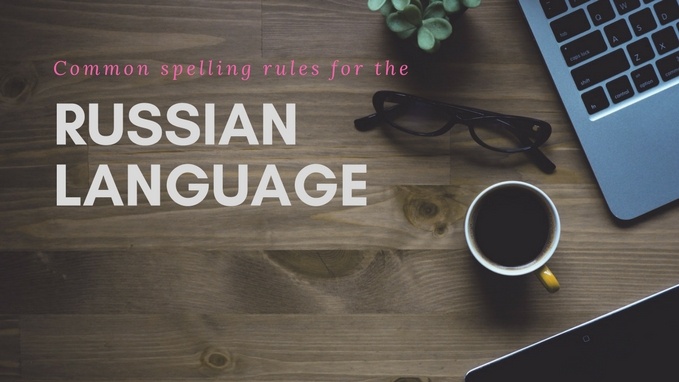 Compared to English Russian is pretty sparse when it comes to spelling rules. Nevertheless the ones that do exist in Russian are important and they come up often. In this post we'll take a look at these rules and even provide you with a unique way to remember which letters they're used with.

The logic behind these rules make Russian pronunciation easier or more "clean". Sometimes a soft vowel in certain places make a word difficult to say. These rules try to eliminate that hurdle.

A more detailed explanation of the 7 letter spelling rule

How to remember which letters for each rule

It can get a bit confusing trying to remember which consonant requires which vowel. In this case experience is the best teacher. Through trial and error these rules will start to feel like second nature.

However there's also another somewhat unorthodox way to commit these rules to memory. It involves shrimp and garlic. Watch the video below to check it out:

I hope that solves the mystery behind the common Russian spelling rules. Good luck in your studies!