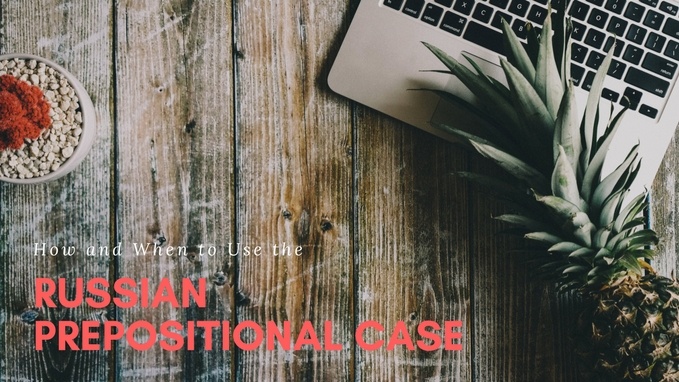 How and When to Use the Russian Prepositional Case

As far as Russian cases go, the prepositional case isn't all that bad. The noun endings are simple with next to no exceptions. Moreover the case is super common, which makes learning it very useful.

Let's take a look at one my favorite cases to learn in the Russian language!

The prepositional case is the only case in the Russian language that is always used with a preposition (hence the name).

Here are the three most common prepositions used with this case:

*In this last example we use the alternate form of the preposition о: об. We use об before words that start with vowel sounds.

The differences between в and на

Noun endings in the prepositional case

In the prepositional case masculine nouns will receive an added -е at the end of the word. Here's few examples:

With feminine and neuter nouns the prepositional ending -е replaces the last vowel of the nominative form.

There are two groups of nouns that receive a -и instead of the usual -е ending.

The first group is feminine nouns that end in ь (soft sign). In this case we drop the soft sound and add -и in its place

No matter the gender, any noun ending in -ий, -ия, or -ие in the nominative will end with -и. In this instance the -и replaces the last vowel of the word.