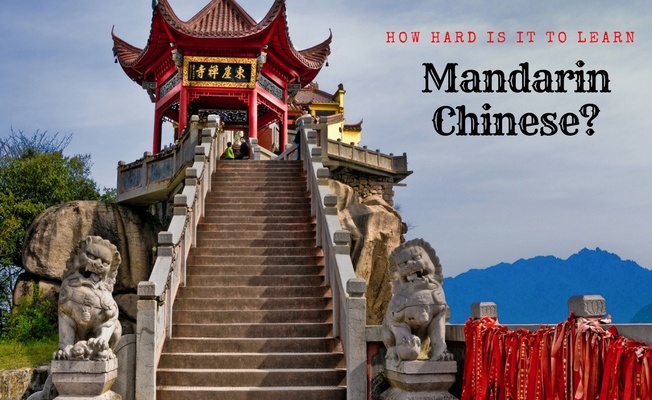 OK, so let’s bottom-line it for you: the standard answer to “how long does it take to learn Mandarin Chinese” is about 2,200 class hours. Put another way: if you put in five hours of practice a day, it would take you about 88 weeks to learn it perfectly.

Who has that much time? Do it at your own pace with a system that works WITH you. Of course, each case is different – some people may be able to pick it up faster while others may require additional classes or lessons.

Learning any language can be difficult, especially the older you get. But with the right dedication and perseverance and tools, any language is attainable. The same goes for Mandarin Chinese.

How “difficult” it is to learn will depend on the individual and the resources available to them. The amount of practice as well as the opportunity to practice will also play into how hard the language is for you to learn.

That said there are a few features of Mandarin Chinese that can pose difficulties for native English speakers. Let’s explore those features as well as discuss how long it typically takes for a
learner to become proficient in the language.

The Chinese use a writing system that is unfamiliar to English speakers. They don’t have an alphabet like we do, for one. Their written language is made up of one-syllable characters, and there are thousands of different characters that comprise the language.

This means you have a lot of memorizing to do – about 3,000 characters to be exact. This isn’t all of the Chinese characters – not by a long shot – but knowing those few thousand will enable you to read a standard newspaper and hold a quick conversation.

In actuality, there are 50,000 characters total. Before you panic, though, only about 10,000 characters are needed for conversational purposes. And studies have shown that most people can understand nearly 98 percent of Mandarin knowing just 2,500 characters.

Tones play an integral role in Mandarin Chinese. Just the mere intonation of a word, even though it can be depicted and spelled exactly the same, can drastically alter its meaning.

Learning the tone for each one can be difficult because the differences are so slight. Yes, we have tones in English too, but they tend to indicate things like mood over meaning.

In Mandarin Chinese, there are four basic tones and a neutral fifth tone. Each tone has a specific pitch path that can help you learn the differences between the tones and speak them properly.

The meaning of any given word will be altered based on the pitch and intonation of the speaker. For this reason, having the opportunity to learn using verbal language lessons can be extremely helpful and give you a distinct advantage.

There are a few ways in which Mandarin Chinese is actually easier for native English speakers to pick up. Take Chinese grammar for instance. This language’s subject-verb-object word order is actually quite similar to ours.

When compared with other languages like Arabic, which has a high inflection, Mandarin actually has minimal inflection, which tends to be easier for English speakers to learn and speak.

When it comes to gender or verb conjugation, or even singular vs. plural or tense, these factors within Chinese use word order and context in communication instead of inflection. These technicalities tend to be easier for English speakers to grasp than more abstract practices such as tone.

Another plus on the Mandarin side is that it doesn’t have crazy grammatical rules, such as complicated verb conjugations, like English does. There are many differences between English and Mandarin Chinese; here are a few examples of how and why Mandarin is easier to learn:

Learning Mandarin isn't exactly a walk in the park. However, the right learning tools can make all the difference in your Chinese studies.

Here's a few effective resources you can use to help you learn the Mandarin language:

BRIC Language Systems works with your schedule and pairs you with a local teacher. You will have access to a variety of online resources to help you learn, as well as practice the language with your teachers, who are all native Mandarin Chinese speakers.

They even offer the opportunity for advanced learning through various internship programs. Visit the website ad check out some of the Chinese course descriptions to help you decide which may be best for you.

Rocket Chinese is built around recorded audio in the form of dialogues. The dialogues have English explanations and usually teach the language in "chunks" or phrases versus individual words (this is great for conversational Mandarin).

Overall Rocket Chinese is a comprehensive course that does a good job of incorporating speaking and listening, as well as reading and writing.

Chineseclass101 features audio lessons in a podcast format. Lessons are great for grammar and vocabulary. Each lesson is designed around a Mandarin conversation between native speakers, and the teachers do a great job of keeping things engaging.

While it's not as structured as Rocket Languages, it is a substantial Chinese learning tool (it's also much cheaper too). The site features transcripts, an in-site flashcard system, and many other useful features.