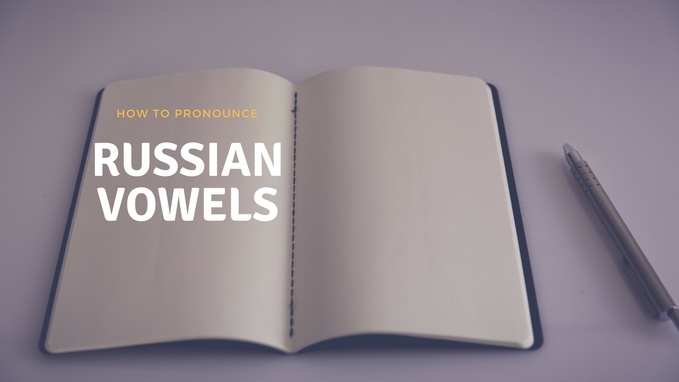 How to Pronounce Russian Vowels

Seven of those sounds are a sort of "main" vowel sounds. The other 3 come from reduced vowel sounds. Below is an in depth video which covers the correct pronunciation of Russian vowel sounds:

So now you have a handle on the sounds of Russian vowels. Next we'll look out how they are written. Each Russian vowel can be written one of two ways:

In the table above you'll notice that each vowel appears in a pair: а/я, о/ё, and so on.

Which way you write the vowel will usually be determined by whether the consonant before it is hard or soft. Unless they appear at the beginning of a word there's no difference in the sound of the vowel between the two groups. The difference will be in the consonant that comes before the vowel.

If a soft indicating vowel isn't preceded by a consonant it will make what sounds like an English y sound (like in the work yak or yo-yo)in addition to the usual vowel sound. For an example of this listen to the я sound in the word яблоко (apple).

For a more in depth look on the sounds of soft indicating vowel sounds watch the video below:

Other than the pronunciation of the letter ы Russian vowels are pretty straight forward. Their pairing with consonants can seem strange but it's not so bad once you're used it!