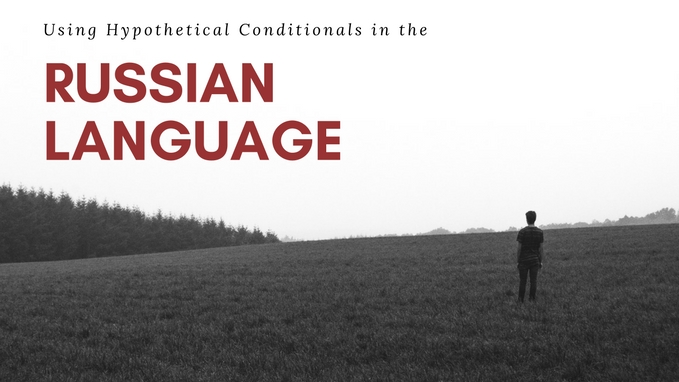 In our last grammar post we looked at how to express real conditions in the Russian language. That is, talk about something that might happen (something that's possible).

This is all well and good but sometimes we need to express a purely hypothetical situation: what would or would have happened given some condition that we know is impossible.

Let's say we had a friend visiting from Kazakhstan who spoke no Russian. We might say hypothetically:

If he spoke Russian, everything would fine.

We know this is a hypothetical (ie impossible) statement, because our friend in fact does not speak any Russian.

In Russian the same idea would be expressed like this:

You'll notice that this phrase look somewhat similar to the ones we used when expressing real conditions. There's just one important addition: the word "бы".

Anytime you hear the word "Если" followed by "бы", you immediately know that a hypothetical condition is being expressed.

It's important to note that you're likely to see бы used twice in hypothetical conditions, once in each clause.

Если always comes before бы. бы will never come before Если in a hypothetical condition.

Verbs in hypothetical statements will always be in the past tense, no matter what time you're talking about. Here's a couple examples:

If she had called yesterday, I would have known about it.

If they called me every evening, everything would be fine.

So remember: hypothetical conditionals are statements that are contrary to fact (they aren't possible). Once you learn the nuts and bolts behind the grammar of these statements they're mystery fades away. Try using a couple hypothetical statements in your next Russian conversation.