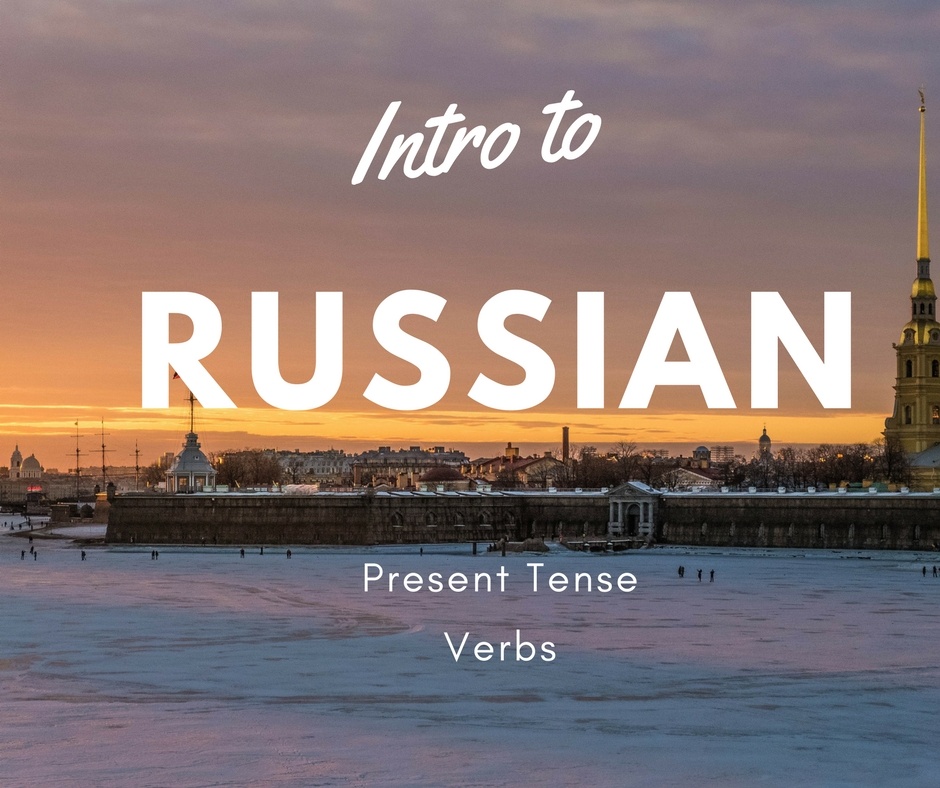 The goal of this article is to give you a simple introduction to Russian verbs. Keep reading to get started!​

*In the present tense especially, it’s crucial to keep track of stems and endings, so for each verb listed, I’ve put the stems in bold and underlined the suffixes to help with visualization.

Like Spanish and French, the present tense in Russian is used to express ongoing and habitual actions in the current time. Whereas in English, we say “I am doing” and “I (often) do”, Russian has one form to express both of those concepts.

I am doing OR I (habitually) do.

You must use context to determine if an action is currently ongoing or habitual.

You can also use the present tense for actions that began in the past but are continuing in the present/have just stopped.

I have been studying Russian for five years.

Russian verbs have stems that are often derived from the infinitive. In order to conjugate a verb in the present tense, you drop the infinitive ending and add a suffix that corresponds to a subject pronoun.

If you just saw the word “do” in English, you would not be able to tell if the subject was I, you, we, you all, or they. Russian verb endings however tell you exactly who the subject is. No two conjugations look the same except for in third person singular.

Ex: Делать (Delat’)- To Do (Imperfective)

Most Russian verbs fall into one of two conjugation groups. The primary difference in the two groups is in the infinitive endings.

The conjugations are pretty straight forward EXCEPT for -овать verbs which undergo a stem change. Look at the following chart:

These verbs mostly end in -ить. To conjugate, remove the last three letters and add on the Group 2 suffixes. The conjugations are very similar to those of Group 1 verbs, except that they use the vowel “и” instead of “e”.

Unlike the past tense, which is relatively stable and easy to figure out, the present tense in Russian requires a little more work. As I mentioned earlier, you need to learn present stems because you can’t rely on the infinitive form to help you conjugate.

If you learn the conjugations for first and second person singular (Я and Ты), as well as third person plural (Они), you should have an easier time predicting the other forms. A few common irregular verbs that you should know include:

One of the most challenging parts of learning Russian is getting the accents on words right, because they often change from syllable to syllable. There are three possible stress patterns for the present tense:

​To speak (I speak, you speak, they speak)

This website is one of my favorite resources for detailed grammar explanations. They have a few lessons that break down verb stems and endings, accents, and conjugations.

Bonus: Online quizzes with hints and an answer key.

This site breaks down both groups of present tense verbs and also gets into some irregular ones. There’s even a small quiz at the end to test your knowledge!

In short, the subject pronoun endings are very easy to memorize because they don't change, so focus on learning your present tense verb stems.  Mastering this concept is achievable: it just takes some effort.

Let me know if you have any questions in the comment section!