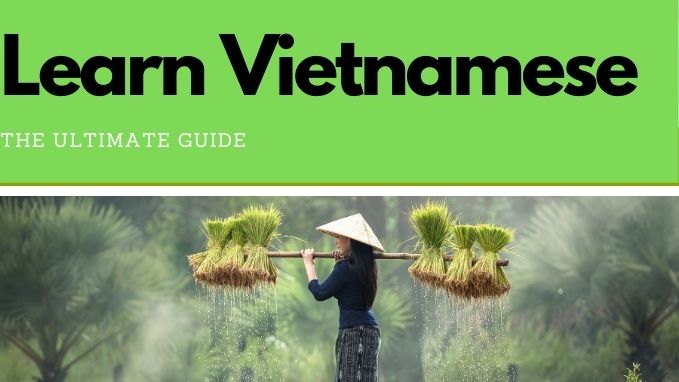 There are over 90 million Vietnamese speakers. The majority live in Vietnam, where it's the official language. However, you're also liable to hear the language spoken in one of the many Vietnamese immigrant communities around the world. In some ways Vietnamese is easier to learn for English speakers than other Asian languages. The Vietnamese alphabet uses the same Latin script as English (with the addition of diacritic marks). Also the grammar in Vietnam is fairly straight forward.

The biggest stumbling block for foreigners learning Vietnamese is pronunciation. Vietnamese is a tonal language which means words change their meaning completely, based on your pitch and intonation.

This post is a practical guide to help you learn the Vietnamese language. We'll look at the unique features of Vietnamese and tell you how you can overcome some of the common pitfalls it poses for language learners.

How to start learning the Vietnamese language

There are several dialects of Vietnamese spoken throughout the country. The official dialect of Vietnamese is the Northern or Hanoi dialect. You'll here this used in official media or when you watch Vietnamese TV. There's also the central (Hue) and southern (Saigon) dialects. Which one you learn will depend on where you plan to travel or with who you want to speak. All dialects use the same Latin Alphabet with diacritic marks. Region to region the accent of native speakers will change, but the vocabulary should be the same.

If you're learning Vietnamese then you want to focus on pronunciation from the beginning. There are six tones in Vietnamese. That's three more than Mandarin and one more than Thai (though it's still less than Cantonese). Because of its tones Vietnamese sounds almost percussive when spoken at native speed.

Mastering the five tones is crucial to being able to communicate with other Vietnamese speakers. If your pitch is off on a word, it changes the meaning of that word. So if you don't develop a good accent no one will be able to understand you when you speak Vietnamese. 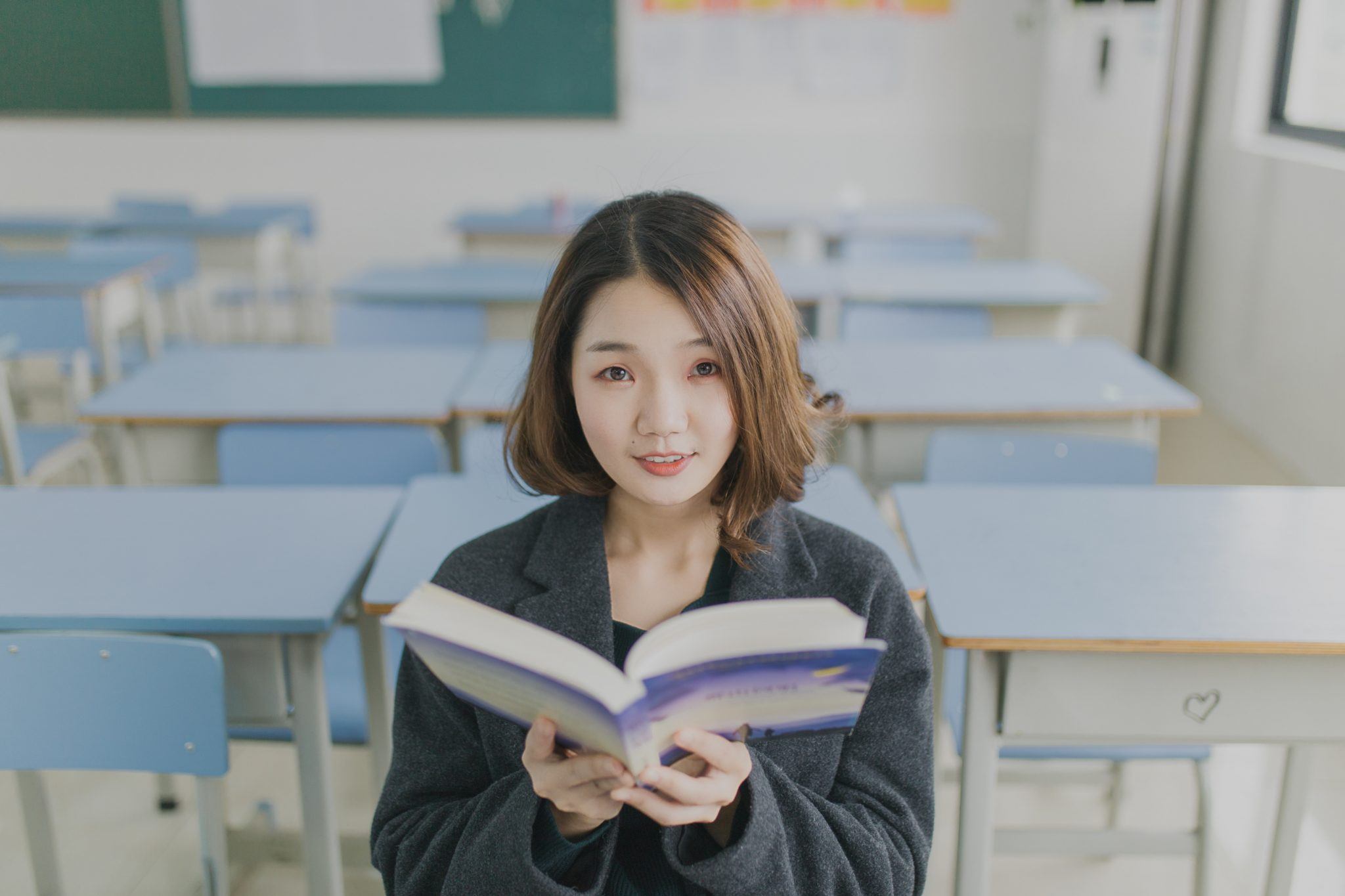 A good place to start is simply to learn the letters in the Vietnamese alphabet while learning the tones separately. Once you have a handle on both you can start to use them together when saying words and phrases.

Whatever course or program you use to learn Vietnamese, it's important to get feedback on your pronunciation. You can work with an actual Vietnamese teacher, or use a course that provides instruction on pronunciation and lets you compare your accent to a native speaker's.

One easier aspect of the Vietnamese language is grammar. In many foreign languages verb tenses are a major obstacle for new learners. Spanish and Russian for example will leave drowning new students in a sea of verb conjugation tables. Luckily, that's not the case for Vietnamese grammar. In Vietnamese most verbs have one form and you simply add a modifying word in front of it to indicate when the action takes place. So you don't have to worry about verbs changing their form for past, future, and present tenses.

Vietnamese also doesn't use grammatical gender. So you don't have to learn different forms of words based on the gender of a noun. Vietnamese also follows a subject-verb-object sentence order, which is the same word order used in English.

Learning vocabulary in the context of a larger dialogue or written text is the best method to learn new words. It helps you grasp the meaning of each word (including nuances you might not pick up in a 1-1 translation). It also makes words more memorable. Recalling a conversation or story as a whole will help you remember the words that used.

If you're learning with audio or video, context will help you a lot with your pronunciation too. It's important to hear how sentences are spoken together. The sounds of Vietnamese words may change a bit when they are spoken together at native speed.

Cognates are words that are the same or very similar between two languages. You may already know some Vietnamese words without even realizing it, especially if you've studied Chinese or French. Historically Vietnamese has been influenced by the Chinese the language. Due to French colonization in Vietnam you'll find some words which have been carried over from French. Vietnamese also shares some cognates with Khmer. While there aren't many cognates to speak of with the English language, for some modern terms you will occasionally find loan words from English in Vietnamese.

It's important to use your target language as regularly as possible. Consistency, more than any other factor, determines your success in language learning. If you don't live in Vietnam the idea of using Vietnamese everyday can seem daunting. But there are more ways than ever to immerse yourself in a language no matter what country you live in.

Even if there aren't many Vietnamese speakers in your country, you can still make a connection through online language exchanges and language learning blogs. Here's a list of some of the most popular language exchanges. The idea behind a language exchange is that you find a person who speaks your target language and who is learning English. You practice together and help another learn the other's language.

Use your digital devices in Vietnamese

One great way to incorporate your language learning into your everyday life is to switch your devices to your target language. You can set your phone and laptop operating system to Vietnamese and start using the language with without even thinking about it!

How difficult is it to learn Vietnamese?

The Foreign Service Institute of the United States put all foreign languages into one of five categories (with the first being the easiest and the fifth being the hardest). The categories are based on how similar each language is to English. Vietnamese is in the fourth category, along with other languages like Thai and Russian.

So according to the FSU Vietnamese is difficult but it is not in the category of most difficult languages.

How long does it take to become fluent in Vietnamese?

The FSU estimates that takes approximately 44 weeks or 1100 classroom hours to learn Vietnamese proficiently. Keep in mind that proficiency doesn't necessarily mean fluency. The FSU's estimate assume that at the end of 44 weeks you will be able to hold your own in most Vietnamese conversations and be able to read daily texts.

1100 hours sounds like a lot of work, and it is. But don't let that estimate scare you out of learning Vietnamese. You will be able to have basic conversations long before you put in 1100 hours.

While it's not the most popular foreign language among westerners, there are still some solid resources if you want to learn Vietnamese. Here's a few of our top choices.

Vietnamesepod101 is the largest courses out there for learning Vietnamese. The site (which is also available as an app) has hundreds of podcast lessons for everyone from beginners to advanced learners. Each lesson uses a real conversation between two Vietnamese speakers to teach you grammar and new words. There are two podcast hosts who introduce each dialogue and help explain important grammar rules, as well as share cultural insights. The dialogues are based around day to day situations you're likely to face while living or traveling in Vietnam.

Pimsleur is an audio program that helps train your brain to speak and think in Vietnamese. In each lesson you learn new phrases and are prompted to answer and ask questions in Vietnamese. The prompts are unpredictable as they mix new material with the content from previous lessons. This trains you to listen carefully and to be ready to respond quickly, much like you would if you were talking with real people.

Pimsleur also pays close attention to pronunciation. It breaks down phrases into individual syllables. The course points out difficult sounds and provides you with tips on how to say them correctly. 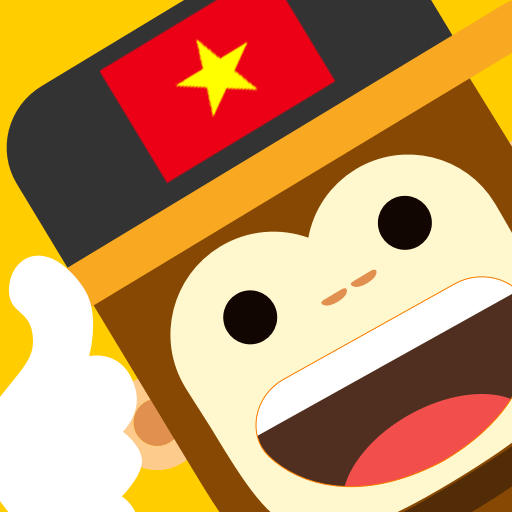 Master Ling is one of the few language learning apps that teaches conversational vocabulary. It's essentially an interactive phrase book that teaches you with minigames and different kinds of review exercises. With Master Ling you can listen to dialogues, practice your language skills with a Vietnamese chatbot, take quizzes, use flashcards, and more.

GET THE MASTER LING APP FREE

Duolingo is the most well known app in language learning. Their Vietnamese app doesn't give in depth grammar explanations, and it's weak when it comes to teaching pronunciation. Still Duolingo is a good way to learn new vocabulary, get introduced to the alphabet, and get familiar with the basics of Vietnamese sentence structure. You'll learn the language with a mix of matching exercises, reading & listening comprehension, fill in the blank, and multiple choice questions. 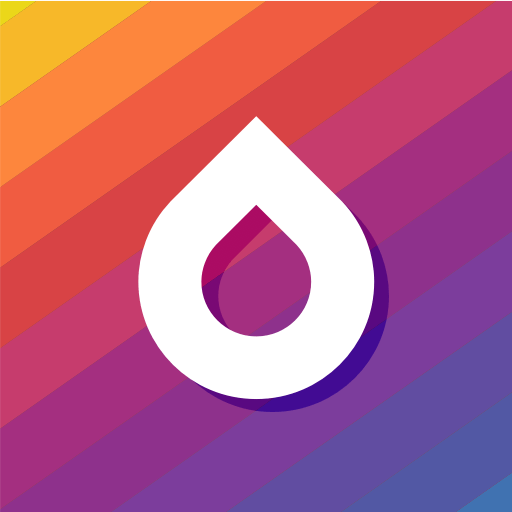 Drops teaches conversational phrases to get you speaking Vietnamese. Lesson units are sorted by topic and teach the language through a variety of exercises. Drops teaches the basics, so more advanced students might want to find a different learning tool.

Vietnamese is a difficult language for an English speaker. While its grammar and vocabulary aren't especially complex, its tonal system is. In order to understand the language and be understood while speaking it, you will need to master each individual tone. If you want to learn Vietnamese there are some great learning resources out there. It will take as much as 44 weeks to become to proficient in the language, but you should be able to start speaking at a beginner level much earlier.