Arabic isn’t usually the most popular foreign language for English speakers to learn. A lot of Arabic courses range from bad to mediocre. The language usually comes off as an afterthought for language learning companies and as a result the quality suffers.

Pimsleur Arabic courses aren’t much different. Though in true Pimsleur fashion they are better than mediocre, they just don’t receive the same quality care and attention that other Pimsleur courses do.

Over all the Pimsleur method is a tried and true method for learning to speak a language through audio lessons. We take a closer look at the method and its strengths and weakness in our Ultimate Pimsleur Review.

This review is for the 3 Arabic courses offered by Pimsleur: Eastern, Egyptian, and Modern Standard. We’ll point out what makes these courses different from Pimsleur’s other products; and how these differences relate to learning Arabic.

Pimsleur courses are well designed and structured to teach you a foreign language, there just aren't as many levels for Arabic

Pismleur offers Arabic courses for the Egyptian, Eastern, and Modern Standard dialects. Like most Pimsleur courses the Arabic courses are very helpful for developing basic conversation skills and developing your listening and pronunciation abilities.

The recorded audio for the Arabic courses isn't quite up to par with Pimsleur's other language courses. Sometimes the dialogues don't sound natural.

The Arabic courses have less levels than other more popular languages. Egyptian Arabic has one level, while Eastern and Modern Standard each have two.

As with most Pimsleur courses there's little help with reading or speaking the language.

Still if you're a beginner Arabic student looking for a course that develops your listening and speaking skills in Arabic then Pimsleur is notable option.

If you're learning Eastern or Modern Standard Arabic, you can get full access to Pimsleur's courses for either dialect for a monthly subscription of $19.95 per month. For Egyptian Arabic you  must purchase the entire course level at full price.

There's also a 1 week full access free trial available for the Pimsleur Eastern and Modern Standard Arabic Courses. These are definitely worth checking out before you buy anything.

Which dialect should I choose?

Pimsleur offers Arabic courses in three different dialects: Eastern, Egyptian, and Modern Standard. Which course you choose depends on how and where you plan on using Arabic.

Eastern Arabic is the dialect spoken in the eastern part of the Arab world in countries such as Lebanon, Syria, Palestine, and Jordan. Egyptian Arabic is spoken throughout Egypt, but specifically in its cities centers.

Pimsleur’s Egyptian Arabic course uses the Cairene dialect, which comes from Egypt’s capital. Finally modern standard is a dialect of Arabic based on classical (aka literary) Arabic that is used for print and media across the Arabic speaking world.

Eastern and Egyptian Arabic won’t necessarily be mutually intelligible. The two dialects differ in accent and share different loanwords from other languages.

There are some similarities between the two, and they aren’t as far removed from one another as Moroccan Arabic. Modern Standard hits a happy medium between the dialects and is often used as a lingua franca between Arabic speaking people.

Great for learning to speak and listen to Arabic

There are some shortcomings in Pimsleur Arabic that you won’t find in other Pimsleur courses. Even so, Pimsleur’s Arabic courses still hold many of the strengths the brand is known for.

Pimsleur is designed to help prepare you to speak a language, not just learn vocabulary. The number of words you’ll learn with a Pimsleur course will be limited, but they will also be useful. Pimsleur does a good job of getting you comfortable with the syntax and word choice of the language.

Pimsleur’s method uses a gradual yet challenging approach that helps you develop an ear for the language. You’re shown new words incrementally as Pimsleur breaks down the pronunciation syllable by syllable so that you can acquaint your tongue and your ear to the sounds of the language.

Pimsleur’s Arabic courses won't bring you to fluency. There’s not a single language course that can do that. The courses are complete in that they take all the guesswork out when you work through them. All you have to do to use the course is listen and repeat when prompted.

Now don’t get me wrong, it’s harder than it sounds. But it’s nice to have course that you can use without having to do any extra planning, research, or trial and error. Arabic courses are few and far between and the PImsleur ones stick out based on their method alone.

Less levels than other Pimsleur courses

Pimsleur usually makes longer courses for languages that are more popular, and Arabic probably isn’t on the top of the list.

Though the Eastern and Modern Standard dialects both get 3 course levels that’s still two less than some of the more popular languages offered by Pimsleur like Spanish, Mandarin, and French.

Egyptian Arabic takes the biggest hit, and only has 1 level, and there is currently no Pimsleur course for Moroccan Arabic.

Pimsleur’s Arabic courses each include a reading portion. Here you’ll be introduced to the basics of the Arabic writing system and listen and read to simple phrases and single words. Beyond that though, there isn't any further information. If you’re serious about reading Arabic you’ll definitely want more than the reading resources Pimsleur gives you.

Pimsleur doesn’t include any writing practice with their language courses.

Problems with audio and pronunciation

Audio quality could be better

The audio for the Egyptian and Eastern dialects often sounds artificial. In the Egyptian course especially, the actors’ native accent is questionable.

This is a problem for a language course that is entirely auditory and prides itself on pronunciation. Other Pimsleur courses are known for their natural dialogues and voice talent, but Pimsleur Arabic falls short.

Pronunciation can be difficult

If you’re completely new to Arabic the course may move too quickly through pronunciation. Even though each lesson breaks down every word by syllable you could find yourself pausing and rewinding. The Arabic sound system differs a lot from the sounds of English.

Sometimes it's hard to tell which sound or word is being said. This is made more difficult by the poor accent of the actors in the course, and by the fact that Pimsleur offers no transcripts for their courses.

What other people are saying about Pimsleur Arabic 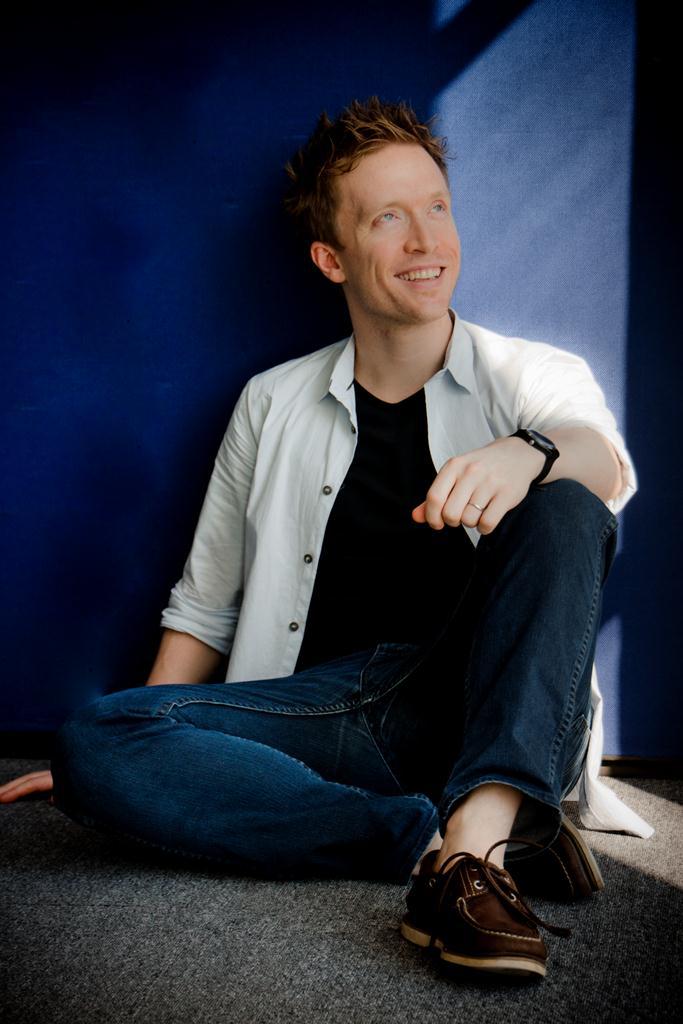 I started using Pimsleur pretty much from day 1 of learning Arabic...

To a certain extent, the repetition that’s built into the learning system is effective.

But it’s just not enough.

I quite quickly figured out that I could go through unit after unit of the course (whilst watching the price tag go up!) and only remember half of it.

Only in the first 3-4 units there is lots of useful, functional language:

Do you speak Arabic?

I understand a little Arabic

Where is…I know/I don’t know…and so on.

It’s good stuff, but it’s not easy. Verb forms in Arabic conjugate in quite difficult ways, depending on the gender of the person speaking, or being spoken to, and I found it too much to take in whilst just following the Pimsleur system of listen, repeat and prompt.

Rocket Arabic teaches Egyptian Arabic. It's built around recorded audio in the form of dialogues. The dialogues have English explanations and usually teach the language in "chunks" or phrases versus individual words (this is great for conversational Arabic).

Overall the course is nicely comprehensive and very well structured. The Arabic it teaches feels natural and useful in real life conversations.

There are also components on reading and even some videos that show you how to write the Arabic script. The course also features a heavy emphasis on pronunciation.

An intro video from one of Italki's Arabic teachers.

You can connect with language speakers from around the world and practice your speaking skills. It is the only site I know where you can find 120+ professional teachers and tutors for Arabic. The dialects taught on Italki range from Egyptian, Gulf, Modern Standard, Maghrebi, to Levantine. 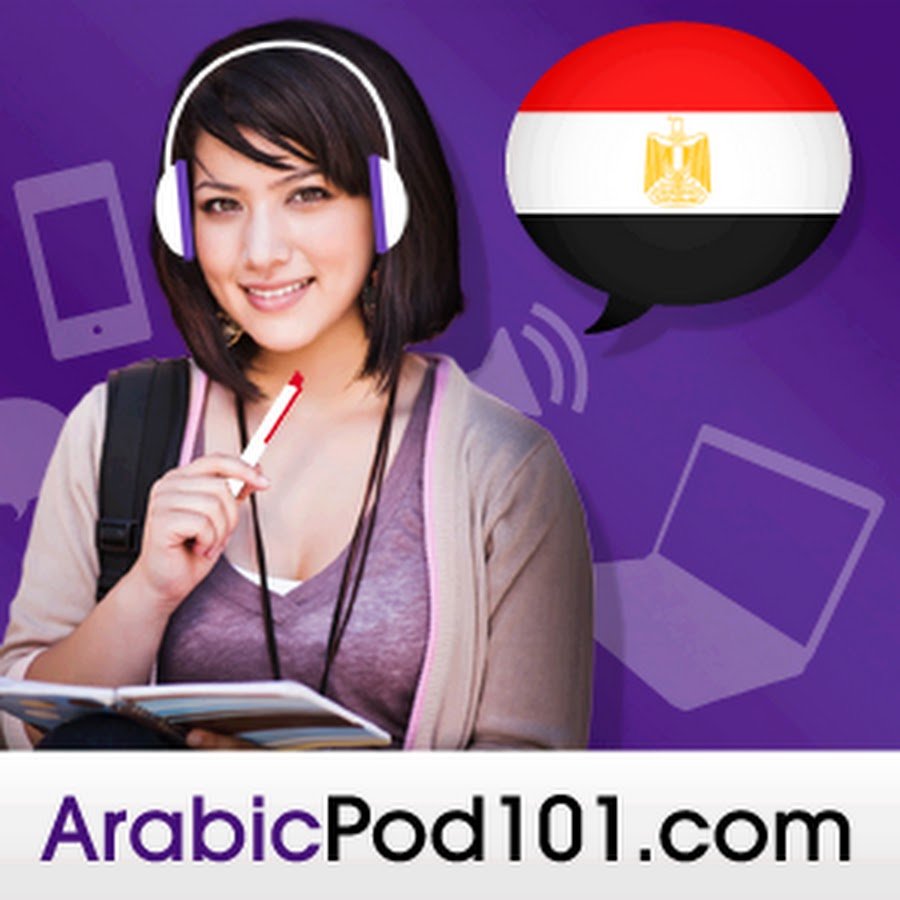 We usually recommend the Pod101 language courses because they are affordable, effective, and a great resource for learning a language. Unfortunately Arabicpod101 somewhat misses the mark.

Arabicpod101 is an audio language course divided into seasons of podcast episodes.

Arabicpod101 provides lessons for Modern Standard, Moroccan, and Egyptian Arabic. No distinction is made to tell you which lessons teach which dialect making the lessons a bit confusing for beginners.

The quality of the lessons also differs a lot between episodes. Some are high quality while others feel pretty thrown together. Still the site has value for intermediate learners or learners of Moroccan Arabic (to my knowledge it's one of the only Moroccan Arabic resources).

Pimsleur is known by many to be a solid language learning company that offers simple and effective courses. Unfortunately Pimsleur’s Arabic courses fall a bit short of the quality found in the other languages they offer.

This is often the case with other companies and their Arabic courses. Typically the language isn’t on the top of anyone’s list for quality or development.

But a lot of the usual Pimsleur strengths are found in the Eastern, Egyptian, and Modern standard dialect courses. Though they aren’t perfect they are still a valuable option for anyone learning to speak and understand these 3 dialects of Arabic.

Pimsleur offers one week of free access to their Modern Standard and Eastern Arabic courses as a free trial. If you are interested in purchasing these courses, then go ahead and work through it and see if it works for you!