Note: This article is specifically about Pimsleur’s Modern Hebrew courses. Here we discuss the unique features of these courses and how they relate to someone learning the Modern Hebrew Language.

We don’t cover the usual strengths and weakness common to all of Pimsleur’s language courses. You can find that information in our full Pimsleur review.

However Pimsleur courses also have their drawbacks.  They also tend to use formal language that is sometimes too respectful for most day to day situations. The courses are also sometimes criticized for teaching limited vocabulary.

Great courses are hard to come by for anyone learning Modern Hebrew. Compared to more popular languages like Spanish, French, and Japanese; Modern Hebrew doesn’t get much of a spotlight in the language learning world.

That’s what makes Pimsleur’s Hebrew courses really stand out from the pack. They are one of the few solid audio course options for anyone serious about speaking Modern Hebrew.

Pimsleur Hebrew shares all the usual pros and cons common to all the Pimsleur courses, but here we’re going to talk about how well the Pimsleur method works for the Modern Hebrew language.

Pimsleur’s Hebrew courses are audio courses for learning how to speak Modern Hebrew. People learning Biblical Hebrew usually do so to read and understand the written hebrew texts of the Bible. They’re not looking so much to speak Hebrew.

If you’re learning Biblical Hebrew then you’re probably not going to get much out of the Pimsleur courses which deal almost exclusively with the modern spoken language.

The short answer is yes. There are some grammatical differences between the two. For instance: Modern Hebrew doesn’t make a distinction between the present simple (I walk) and present progressive (I am walking) tenses; but Biblical Hebrew does.

Modern Hebrew is a descendant of Biblical Hebrew so more often than not the two languages overlap. It’s just important to be aware of their differences.

In Hebrew you’re going to come across some sounds that don’t exist in the English language. The 3 most notable are the sounds for the letters: het, ayin, and resh.

What makes Pimsleur Hebrew great is that it will break down new words and phrases by individual syllables so that you can practice pronouncing each one while receiving feedback from the audio recording.

This method will help you to hear and say the more difficult sounds of the Hebrew language. Pimsleur is one of the only Hebrew audio courses that allows you to do this.

The biggest shortcoming of Pimsleur Hebrew is that there aren’t enough courses! Pimsleur only provides 3 levels for their Hebrew courses.

Other, more popular, languages have up to 5 levels and help you reach an upper intermediate level in speaking ability. But since there are less levels in Hebrew you’re probably going to be closer to an upper beginner by the end of all 3 courses.

What other people are saying about Pimsleur Hebrew

Pimsleur doesn’t teach baby talk, that’s not their style. They always get right into the point, teaching you how to speak like an adult, no more “repeat after me, kattool.. kattool (cat in Hebrew)”. Pimsleur keeps it real. You want to learn how to speak Hebrew and that is exactly what you get. 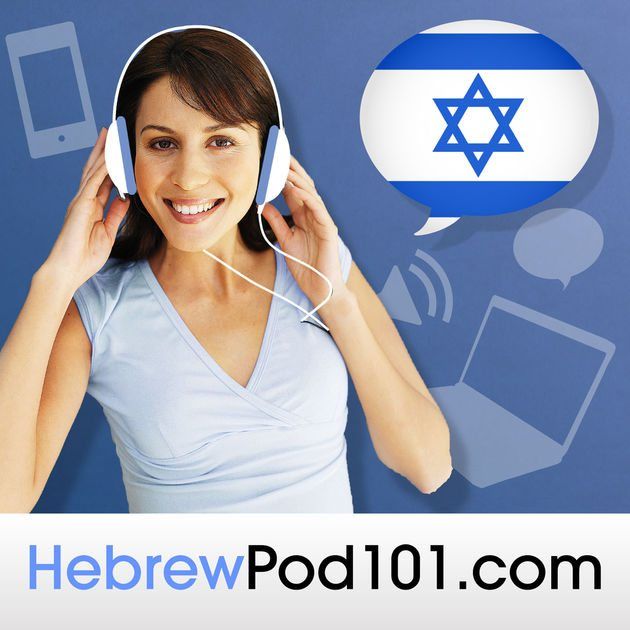 Hebrewpod101 features audio lessons in a podcast format. Lessons are great for grammar and vocabulary. Each lesson is designed around a Hebrew conversation between native speakers, and the teachers do a great job of keeping things engaging.

While it's not as structured as Pimsleur it's still a substantial Hebrew learning tool (it's also much cheaper too). The site features transcripts, an in-site flashcard system, and many other useful features.

An intro video from one of Italki's Hebrew teachers.

You can connect with language speakers from around the world and practice your speaking skills. Italki is the only site I know that provides an opportunity to take lessons with professional Hebrew teachers.

Pimsleur Hebrew is a great resource for anyone looking to speak Modern Hebrew. Pimsleur’s trademark pronunciation based approach really shines with this language, and students will find it helpful.

The reading materials are less than amazing, but that’s to be expected of a Pimsleur course. The biggest issue we have with Pimsleur’s Hebrew courses is that there are only 3! It would be great if they developed levels 4 and 5 as well.

Pimsleur offers the first lessons of their Hebrew Level 1 course for free on their site. Check it out for yourself and tell us what you think of the Pimsleur method!