Even though Portuguese has millions of native speakers worldwide and is the 5th most spoken language in the world, it can be hard to find good resources for learning the language.

Solid audio courses can be especially hard to find. If you’ve googled Portuguese language courses lately you’re likely to have heard of Pimsleur.

Pimsleur has a long standing reputation as an effective audio course for language learning. Their method isn’t perfect, and their courses certainly have their shortcomings.

We cover their method and courses more in depth in our complete Ultimate Pimsleur Review.

In this article we specifically look at the Pimsleur Portuguese courses, and we point out the features that we feel could most help or hinder your study of the language.

Use: Audio courses for learning Portuguese

Summary: Pimsleur courses are known as some of the best audio courses for learning to speak a foreign language. Their method includes a question/recall/response technique that is very effective for helping you internalize the basics of a new language.

Many people who use Pimsleur cite a marked improvement in their speaking abilities.

Pimsleur is also one of the few language courses that focuses heavily on correct pronunciation, which can be a challenge when learning Portuguese.

However Pimsleur courses also have their drawbacks.  In the beginning levels they often use highly formal language that is too respectful for most day to day situations. This is especially true in the famously casual culture of Brazil.

Pimsleur also offers a 1 week free trial for their Brazilian Portuguese courses, so you can take their method for a test drive before paying for anything.

The biggest difference between Brazilian and European Portuguese revolves around the pronoun “you”. In Portugal two pronouns are used: tu (informal) and Você (formal), while in Brazil Você is typically used for both formal and informal situations.

The two styles of Portuguese also differ in their pronunciation. With sounds like “s” sometimes being pronounced as “sh” in Portugal but “s” in Brazil. Even though the pronunciations are different you should still be able to understand one if you know the other.

Here’s a video highlighting some of the differences between Brazilian and Portugal Portuguese.

To the complete beginner native Portuguese can sound like a glob of fast and unintelligible sounds. As a Portuguese audio course Pimsleur is one of the best options for breaking down the sound system of a language and developing your Portuguese ear as well as your accent.

All Pimsleur courses breakdown new words and phrases by syllable so that you listen and repeat each sound one at a time until you can blend them together to form words and sentences. It’s the blending aspect that makes Pimsleur stand out from other courses.

When you’re given a series of words Pimsleur will break it down based on the way a native would say the phrase, not on the sounds of individual words.

This is because is all languages native speakers drop and morph sounds when they say words together. A word in a sentence may sound a bit different than it would if you heard it in isolation. Pimsleur incorporates this often overlooked aspect of pronunciation into their Portuguese courses.

Reading is better (for Pimsleur)

First learners are introduced to the Portuguese sound system and alphabet as they read words and phrases phonetically. Gradually the course allows them to read for meaning as their learning progresses.

Too formal for an informal culture

Pimsleur always errs on the side of formality when giving you new vocabulary. If you only use the Portuguese you learn from Pimsleur you will come across as extremely polite. Natives will still understand what you say, you’ll just come across as unusual.

This is especially true in a country like Brazil which is well known for having a more casual and laid back culture. If you’re walking around the streets of Brazil and use your Pimsleur vocabulary you’re likely to get odd looks.

Pimsleur made little effort to amending their Portuguese courses to the cultural context of the countries that speak the language.

Less levels than other languages

Pimsleur’s most popular language courses have 4-5 levels. Brazilian Portuguese being less popular only has 3. European Portuguese only has 1. With 5 levels of Pimsleur you can expect to approach a low intermediate level of proficiency in a spoken language, but with just 1 or 3 levels you’ll be hard best to get best a beginner’s level is Portuguese.

What other people are saying about Pimsleur Portuguese

…if you are looking for a quality audio course that can teach you how to speak Brazilian Portuguese with a good accent, Pimsleur is definitely one of the best choices for that. Although a learner should be aware of some limitations of this course.

Rocket Portuguese is built around recorded audio in the form of dialogues. The dialogues have English explanations and usually teach the language in “chunks” or phrases versus individual words (this is great for conversational Portuguese).

Rocket Portuguese doesn’t have the “speak and think” emphasis of Pimsleur, but it is fairly comprehensive and also focuses on reading and writing Portuguese. 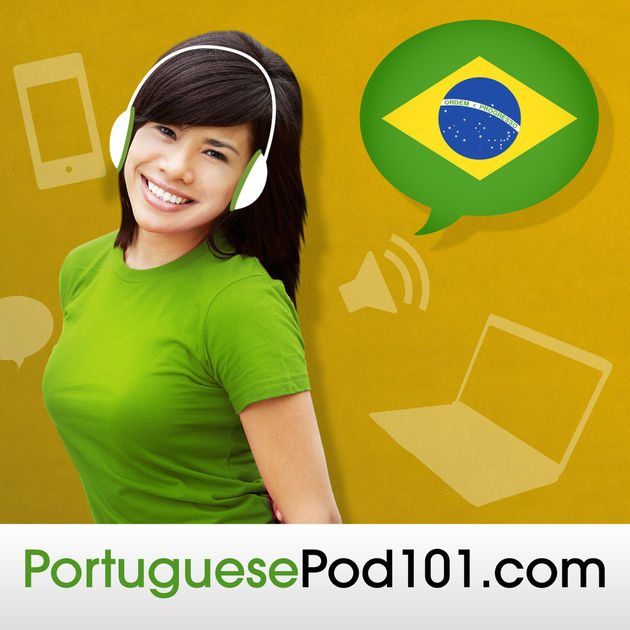 Portuguesepod101 features audio lessons in a podcast format. Lessons are great for grammar and vocabulary, and are centered around a recorded dialogue between two native speakers.

While it’s not as structured as Pimsleur, Portuguesepod101 is still a substantial Portuguese learning tool (it’s also much cheaper too). The site features transcripts for each lesson, and there is also a flashcard system for learning new words.

An intro video from one of Italki’s Portuguese teachers.

You can connect with language speakers from around the world and practice your speaking skills. Italki has over 150+ professional teachers and informal tutors for the Portuguese language.

Pimsleur’s Portuguese courses have all the strengths and weaknesses Pimsleur is known for. For an audio course, they are one of the best resources for learning to speak Portuguese.

The language used in the courses is highly formal, so you will probably sound a bit out of place using it in an informal country like Brazil. Both European and Brazilian Portuguese have less levels than Pimsleur’s more popular languages.

Still, even with their shortcomings Pimsleur’s Portuguese courses are a viable option for beginner to intermediate Portuguese learners. Pimsleur offers 1 week of full access to all of their Brazilian Portuguese courses for free. It’s a great idea to work through it yourself and see if the course is right for you!