Swedish is often cited as one of the easiest languages for English native speakers to learn. With its similar sentence structure, grammar system, and Germanic roots Swedish really is the language next door.

In this article we take a look at some of the features of Pimsleur Swedish and how they can help or hinder your Swedish language learning.

However Pimsleur courses also have their drawbacks. They tend to use formal language that is too respectful for most day to day situations. The courses are also sometimes criticized for teaching limited vocabulary.

Pronunciation is important no matter which language you’re learning, but pronunciation is especially helpful for native English speakers learning Swedish.

Because Swedish is so similar to English, its pronunciation is one of the few aspects of the language that could prove difficult to master.

This is where Pimsleur’s focus on pronunciation really helps out. Their course will break down new words syllable by syllable so that you can pinpoint and practice the most difficult parts of the Swedish sound system.

The fact that the course is audio based means you get instant feedback on your pronunciation.

Once you get pronunciation out of the way the Swedish language really starts to open up. Pimsleur is a great tool to bring you to that point.

Reading is better than other Pimsleur courses

The reading materials are always scant in Pimsleur courses. You get a booklet of sample sentences and words in Swedish and recordings of a native reading the same text. The idea is that you read along as you listen to the native speaker.

The effectiveness of this technique will vary depending on the language you’re learning. It isn’t much help if your language doesn't use an alphabet or has grammar far removed from English.

Both the Swedish alphabet and grammar system are similar to those of English, which makes this part of the Pimsleur Swedish course more effective than it would otherwise be.

GET YOUR FIRST PISMLEUR LESSON FREE

The biggest drawback of Pimsleur Swedish is that it only has 1 level! My guess if that Pimsleur doesn’t think it’s worth their time to produce more Swedish courses. It’s a shame because more courses would really make Pimsleur a solid Swedish resource.

With only 30 lessons in the 1st and only level, Pimsleur Swedish will only get you to a beginning level of Swedish speaking ability. There’s simply isn’t enough material to get you farther.

What other people are saying about Pimsleur Swedish

I've tried 8 different swedish learning systems to become conversational in Swedish and this is just hands down the best. They've really done a great job at identifying the kinds of phrases you'd want to say early and the systems has the right repeat and refresh rate so you really get it.

It would be better if it was more engaging and perhaps done in software, but the convenience of leaving a CD in the car and turning it on now and then has me using it more frequently than I ever would with software.

I have gone through this course a few times and I highly recommend it. It is by far the best conversational course for Swedish that I have come across…It was very difficult to find quality language materials for Swedish, especially in past decades.

I don't think that there is such a thing as one perfect language course, so please realize that this course does have a few limitations. You will not learn a lot of vocabulary or grammar, or how to read the language, but it will really help you to begin to speak it. 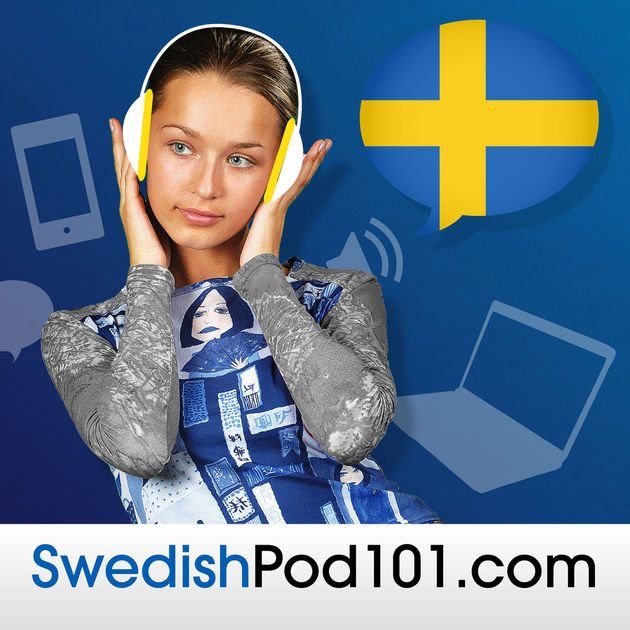 Swedishpod101 features audio lessons in a podcast format. Lessons are great for grammar and vocabulary. Each lesson is designed around a French conversation between native speakers, and the teachers do a great job of keeping things engaging.

While it's not as structured as Pimsleur it's still a substantial Swedish learning tool (it's also much cheaper too). The site features transcripts, an in-site flashcard system, and many other useful features.

An intro video from one of Italki's Swedish teachers.

You can connect with language speakers from around the world and practice your speaking skills. Italki is one of the only sites that offers lessons with professional Swedish teachers.

Babbel features  lessons in a quiz based format. Lessons are separated by course categories which include things like difficulty level and specific aspects of grammar.

Babbel works well as a supplement for your daily Swedish learning, and it's good for learning the foundations of the language.

Pimsleur Swedish is a highly recommended resource for new Swedish learners. Because the Swedish language is closely related to English, a complete audio course like Pimsleur is more effective than it might be for other foreign languages. Our only gripe is that there’s only one level!

GET YOUR FIRST PISMLEUR LESSON FREE