It doesn't matter which foreign language you want to learn, if you've searched the web at all you've likely heard of Rosetta Stone. It's not hard to figure out how well Rosetta Stone can market its courses, because everyone's heard of them.

What's a little more difficult is trying to figure out whether their courses are worth the time and money required to use them. In this review we take a look at Rosetta Stone Korean.

Specifically we look at the Korean language and how well (or not) Rosetta Stone teaches it. We don't cover the ins and outs of the Rosetta method and course in general. You can check out all of that information in our Ultimate Rosetta Stone Review.

Linguistically Korean is distant from English. It's grammar and writing system stand as real obstacles to new learners. The problem with the Rosetta Stone Korean course is that it doesn't do a good job at accommodating these linguistic differences.

It largely glosses over things like the Korean writing system, honorific language, and other difficult grammar concepts .

If you're serious about learning the language a different more comprehensive course might be a better choice. Still, the course works well at the basic level. Beginners in Korean can walk away from the course with a basic foundation in the language.

Is Rosetta Stone Korean right for you?

Yes if you're new to the language

Rosetta Stone markets and designs their courses for beginners. If you have little to no experience in Korean then Rosetta Stone is a notable option.

Yes if you're a casual learner

If your language learning mantra is "slow and steady wins the race", then the Rosetta Stone method will appeal to you. It's designed to teach the language in what are essentially baby steps. Little by little you'll gain traction in the basics of the language.

No if you're lower intermediate or higher

As we said before Rosetta Stone is designed for beginners. If you're at a lower intermediate level of proficiency or higher, you should consider a different option.

If you like to dive into a foreign language versus just dipping your toes then Rosetta Stone is not for you. The coddled approach will probably seem too slow, if not boring for you.

No if you want to speak Korean immediately

There is some debate in the language world as to whether or not you should start speaking a new language from day one or attain a foundational grip on grammar first. Rosetta Stone is for those who ascribe to the latter option, as their courses simply don't do much to develop your conversational abilities.

Works for the basics

Rosetta Stone's approach works well for helping you to intuitively learn basic Korean grammar and vocabulary. As long as the concepts and sentence structures aren't too involved you should be able to effectively learn and internalize them.

The no translation method doesn't work well for Korean Grammar

Korean grammar differs widely from English. When your course doesn't use any English to explain the intricacies of what's going on within a Korean Sentence, this can create problems.

More info on the basics of Korean grammar

Korean also uses a system of honorifics, meaning that words will change based on your relationship to the person you're talking with or about. This is immensely difficult to learn without explicit explanations in English.

There are a total of 7 levels of politeness in Korean, here's a video with more info on them

Rosetta Stone also doesn't do a great job of exposing you to the different levels of politeness and teaching when you should use them. More often than not you'll only be using the more polite levels of speech.

The Rosetta courses typically gloss over writing systems. They work better with languages that use a Latin based alphabet similar to English, but they struggle to adequately teach writing systems that are further removed. Their courses have always emphasized repeating spoken vocabulary over being able to interpret texts.

Rosetta Stone doesn't do great with the Korean writing system

Many would say that the Korean writing system isn't hard so much as it's just very different from English. Korean's writing system combines a letter/alphabet system with a block method of conveying syllables.

Once you get the hang of it the system proves to be very logical. The problem is that Rosetta Stone has never been known to really focus on writing or reading very much.

The focus of their courses is typically to get you to hear or see and then repeat. Couple this with the fact that there are no English explanations to help you figure out how Korean's writing system works, and you have a missed opportunity to learn to read and write Korean.

What other people are saying about Rosetta Stone Korean 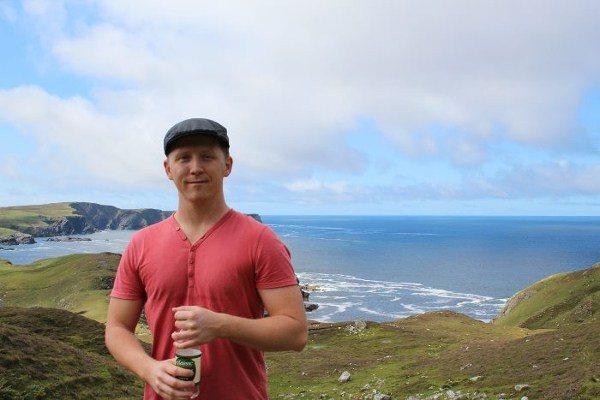 Languages like Korean and Japanese use various levels of politeness and honorific vocabulary depending on who you are and who you’re talking to. A child speaking to or about their grandparents would use a respectful style of speech that they would never use to their friends in the playground for example.

The problem with Rosetta Stone Korean (and I suspect the same is true of Japanese) is that it does a poor job at demonstrating this.

It is there but it’s just not clear enough.

There are also images throughout the program of people using honorific styles in a way that simply wouldn’t be seen in reality and there’s no casual speech used in the dialogues at all (e.g. in one lesson there’s a picture of a mother using a polite honorific form to address her daughter which is a little strange).

Rocket Korean is built around recorded audio in the form of dialogues. The dialogues have English explanations and usually teach the language in "chunks" or phrases versus individual words (this is great for conversational Korean).

Koreanclass101 features audio lessons in a podcast format. Lessons are great for grammar and vocabulary. Each lesson is designed around a Hebrew conversation between native speakers, and the teachers do a great job of keeping things engaging.

While it's not as structured as Rosetta Stone it's still a substantial Korean learning tool (it's also much cheaper too). The site features transcripts, an in-site flashcard system, and many other useful features.

The main draw back is that Pimsleur also uses highly formal language in their Korean course. Even so Pimsleur is the only audio course I know of that effectively helps you develop your Korean conversation skills.

If I'm honest Rosetta Stone Korean wouldn't be my first choice for a Korean course. The method simply doesn't do the language justice. But if you're a curious beginner I suppose there could be some value in the course.