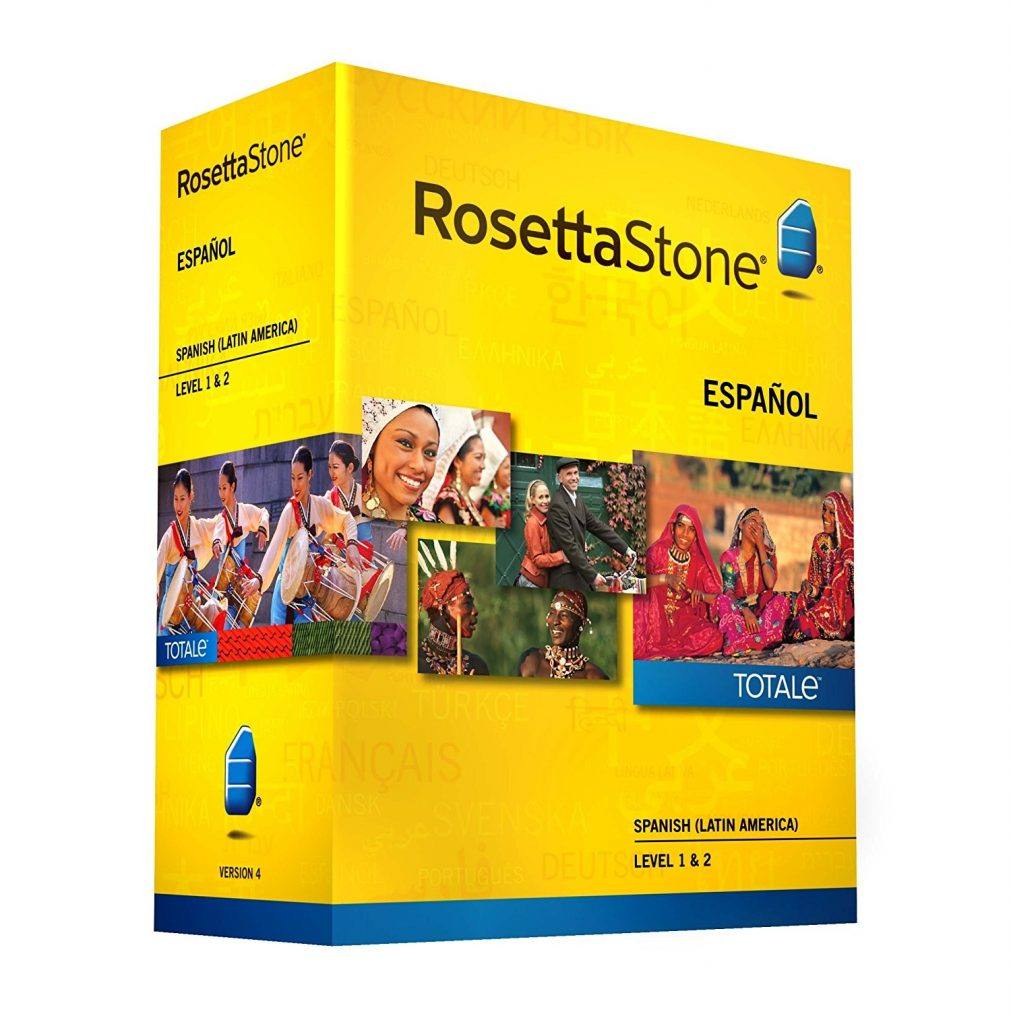 Of all the ways to learn the Spanish language, none have more love or hate surrounding them than Rosetta Stone. Some language learners (usually beginners) swear by it, while many more experienced learners swear because of it.

Either way Rosetta Stone is the most well known brand name when it comes to language learning, and Spanish is the most popular foreign language to learn for native English speakers.

So if you’re considering Rosetta Stone Spanish, then you’re not alone. In this review we look at some of the unique aspects of the Spanish language and how they relate to the Rosetta Stone course.

We’re only going to gloss over the general pros and cons of Rosetta stone. You can read more on those in our Ultimate Rosetta Stone Review.

In this review we're taking a specific look at Rosetta Stone Spanish, and how well the course method teaches the Spanish language.

Use: Software for learning Spanish

Rosetta Stone Spanish is the flagship of the Rosetta Stone language courses. It's method and design work well for teaching foundational Spanish vocabulary and grammar.

The course isn't great at developing conversation skills. The course is designed for beginners who want to gradually warm up to the Spanish language.

Is Rosetta Stone Spanish right for you?

If you are a beginner or casual learner of the Spanish language than you may want to consider Rosetta Stone. If you have previous experience in language learning, or have a higher level of Spanish speaking ability then you should probably look elsewhere.

Depends on what you want to learn

Rosetta Stone primarily teaches beginning vocabulary and grammar. You do get some listening and speaking practice, but it’s minimal. If you’re serious about learning to speak Spanish you will need more than just Rosetta Stone.

Keep mind that though there are some difference between Latin and Castilian Spanish they are mutually intelligible. The differences are primarily based on pronunciation and word choice.

If you have experience with 1 or more foreign languages using Rosetta Stone then you’ll probably notice that the material and media look the same across the board. You get a sense that Rosetta Stone made courses for one language and then copied from that language to the others.

No one knows for sure but there’s a good chance that the first language Rosetta Stone made a course for was Spanish. This means that of all the foreign languages Rosetta Stone features, Spanish is probably the best....So what exactly do we mean when we say, “the best” ?.

We mean that everything about Rosetta Stone Spanish is designed to get you to intuitively figure out the meanings of Spanish words and Spanish grammar.

Each part of the course, from the pictures to the order of the material you’re taught, is made to help beginner Spanish students learn the language step by step.

Spanish vocabulary and grammar is similar to English

If Spanish is your first foreign language you may have a hard time believing that compared to other languages it’s easier for English natives to pick up.

However, it’s definitely true. Both English and Spanish share roots in Latin, so they have a lot of words that sound and look similar.

Also , even though Spanish can seem tricky (especially with its verb conjugations), its grammar isn’t far removed from English either. In English we make our sentences using the order of SVO (subject, verb, object). Spanish does the same thing.

These similarities go a long way toward helping you learn Spanish whether you’re using Rosetta Stone or another course.

Spanish is a phonetic language

Remember back to when you were trying to learn to read in English and had to remember the different spellings of words like "their", "there", and "they’re"?….Well Spanish doesn’t have any of those inconsistencies which makes it easier to read but also easier to remember (once you learn the alphabet).

One problem a lot of people have with Rosetta Stone is that, other than pictures, it doesn’t give any translations or explanations.

So if the language you’re learning has a lot of complicated spelling or pronunciation rules that don’t exist in English it can be very confusing trying to figure out what is being taught in a Rosetta Stone lesson.

With Spanish this isn’t the case and you have a much easier time with Rosetta Stone than someone learning a language like Japanese or Arabic.

Spanish uses a Latin alphabet that is very similar to the English one. In the written script the main differences you’ll find will be in the ñ and the accent mark (´) used to indicate stress in words like está.

An intro to the Spanish alphabet

What’s also great is that Spanish only has 6 sounds that will be completely new to native English speakers. A similar alphabet makes Rosetta Stone much more effective with Spanish than other languages that use radically different writing systems.

Spanish is often spoken very fast in day to day speech. As a beginner this can be intimidating.

It’s easy to know a large amount of Spanish words but totally miss them when talking to a native speaker because of how fast they speak. and because of the fact that they’ll probably reduce or eliminate certain sounds.

There isn’t much, if anything, in Rosetta Stone that will prepare you for this. Words and phrases are read slowly and evenly. You don’t get any experience with the rapid flow of natural speech.

What other people are saying about Rosetta Stone Spanish

I worked for RS for years, and have used their programs in versions 2, 3, and 4 for 7 foreign languages. I know which of their programs work, which don't, and why

....it really depends on the language in question. Some languages (French, Spanish, Italian, Portuguese, German, Chinese, English...) it works very well, others (Arabic, Turkish, Japanese) it is a very flawed endeavor, but may still be a useful tool, depending on the person.

Rocket Spanish is a comprehensive and well rounded language course. It focuses on teaching speaking and listening, along with reading and writing.

No other Spanish course comes quite as close as teaching the four basic components of the Spanish language: reading, writing, speaking, listening. 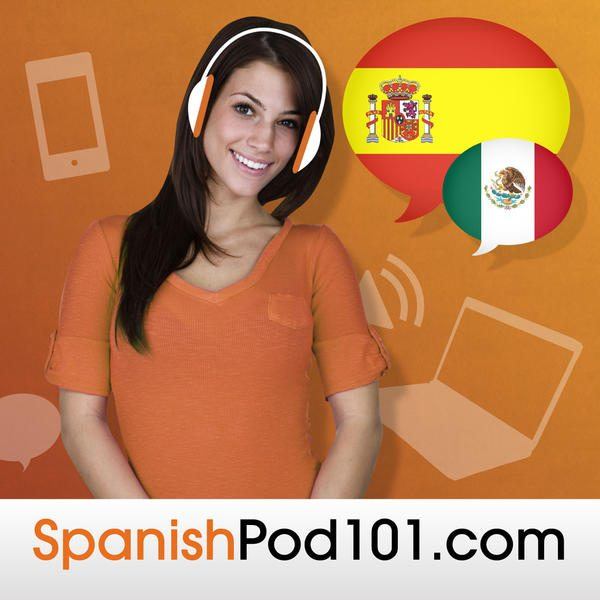 Spanishpod101 is one of the most popular Spanish learning tools, and for good reason. The site features audio lessons in a podcast format.

Each lesson is centered on a dialogue between two native speakers. Lessons are great for grammar and vocabulary, and the teachers to a great job of keeping things engaging.

While it's not as structured as Rosetta Stone it's still a substantial Spanish learning tool (it's also much cheaper too). The site features transcripts, a English/Spanish dictionary, in-site flashcard system, and other useful tools.

Fluentu is a site that helps you learn a language through native videos. Use in site flashcards, captions, and games to learn new words in context while watching Spanish TV shows, movies, commercials, and more.

It's a great way to push your listening skills and Spanish vocabulary.

Rosetta Stone works better with Spanish than it does with other languages. This is mainly because the Spanish language is similar to English.

Like all Rosetta Stone courses the Spanish course is aimed at novice learners who are looking for a soft introduction to the language. Overall Rosetta Stone Spanish effectively teaches vocabulary and foundational grammar.

If you’re an intermediate to advanced learner, or you’re more interested in developing your conversation abilities, then Rosetta Stone probably isn’t for you.