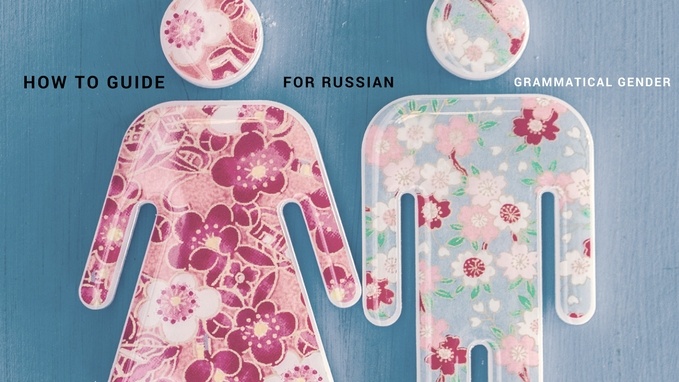 Russian Grammatical Gender (How to Guide)

If you've never learned a language which uses grammatical gender, then the Russian language might seem more strange than it should. If you've studied languages that does use grammatical genders like Spanish, French, or even German, then this concept won't be new at all.

Rest assured in the Russian language grammatical gender follows a set of mostly predictable rules. While there are some exceptions, there aren't so many that it is overwhelming.

Lets dive into this fundamental concept of the Russian language!

What exactly do we mean by gender?

In the Russian language all nouns fall into 1 of 3 groups: masculine, feminine, and neuter. Each of these groups is considered a grammatical gender. In Russian grammar the word gender here doesn't have any thing to with biological sex.

While for the most part words for male persons are masculine and words for female persons will be masculine, the real world association with biological gender stops there.

You'll find that objects which have no biological gender (like a car), have a masculine or feminine gender. While you can't tell the gender for a word based on the object it's used for, you can usually tell its gender simply by looking at the ending of the word.

In reality determining grammatical gender in Russian is quite simple.

One common exception to the rules we just mentioned are names of male persons which end in а. Words like папа (dad), дядя (uncle), and дедушка (grandfather) all have endings that would normally be considered feminine. However in this instance these words are in fact masculine.

There are no hard and fast rules for determining the gender of a noun that ends with a ь. For example, the word for dictionary (словарь) is masculine but the word for notebook (тетрадь) is feminine.

When you come across a new noun ending with a ь you'll have to memorize which gender it is. The majority of Russian nouns don't end with a ь, so this isn't a huge issue. After a little use you shouldn't have any trouble remember the gender of the given word.

The troublesome 12 ending in я

There are twelve nouns in the Russian language ending in я that are neuter instead of feminine.

Thankfully most of these words aren't used all that much. The two most common are the words for time and name.

Why grammatical gender important in Russian?

Grammatical gender is a fundamental concept in the Russian language. You'll want to make sure you have a good grasp on the rules and exceptions that dictate which gender a noun has.

Luckily there aren't a lot of exceptions, and the rules themselves are straightforward. After a little practice knowing noun genders will feel natural!