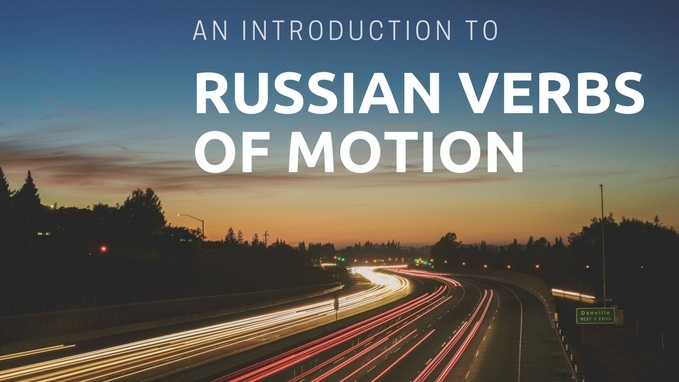 As a beginning Russian student the verbs of motion were one of the first roadblocks I hit on the way to fluency. As you'll soon see, the Russian language is a lot more specific than English in describing motion.

I'll be honest, this subject is a lengthy one. We've broken up this topic into several posts. My experience is that it's better to break apart this aspect of the Russian grammar piece by piece, only moving on after you're comfortable with what you just learned.

Even though this topic is a bit involved, there's no cause to freak out. After a bit of practice these Russian verbs will begin to feel natural. You might even find that you prefer the Russian way of describing motion over the English one.

Part 1: going in one direction vs multiple trips

Every week I go to the store.

I'm going to the gas station.

I go to Mexico every summer.

The concept of "going" is pretty straight forward in English, but in Russian each of these sentences would use an entirely different verb for "go" (more on that soon). At first this difference can be jolting to native English speakers, but once you recognize the logic behind Russian's verbs of motion, it just takes a little practice to get used to.

So how do these verbs of motion work exactly?

First I'd like you to look at the picture below. Here we've split motion into two different categories: 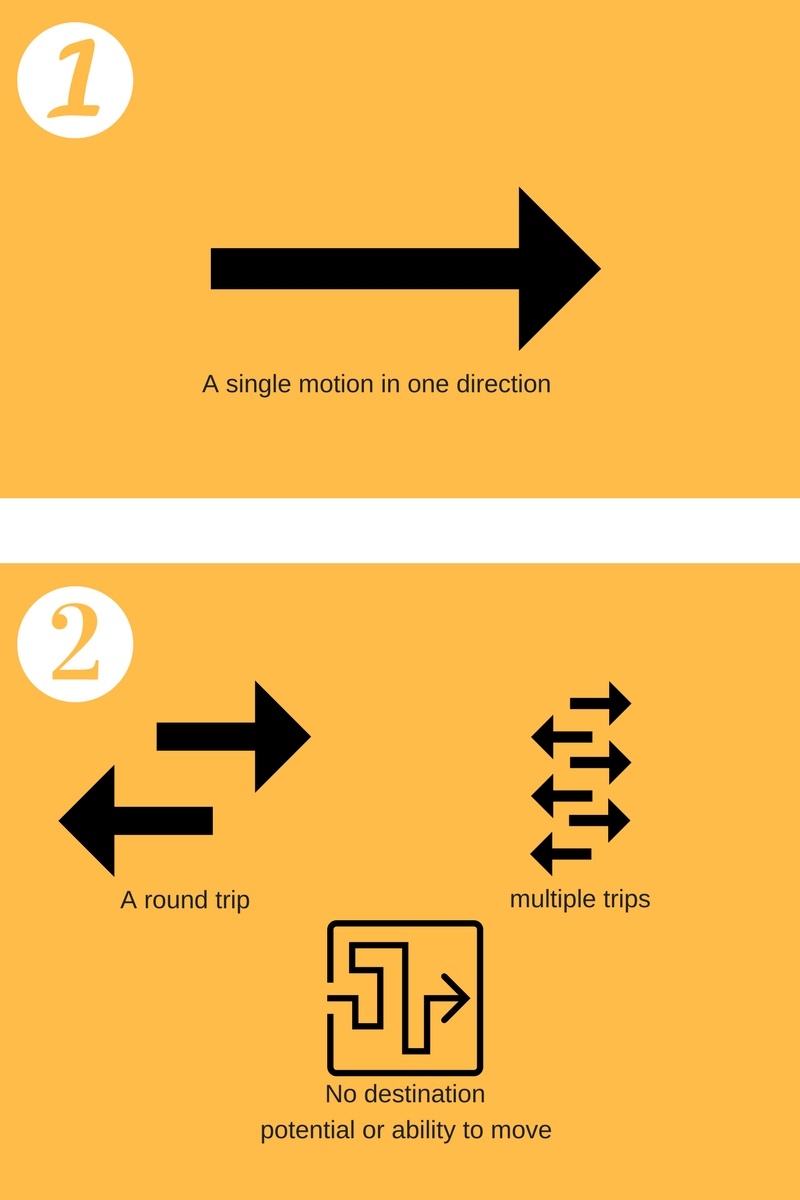 However this isn't the case with Russian. Russian always makes a distinction between going once in one direction, and going repeatedly, returning, or simply going without any direction in particular.

Each of these two categories has its own verb in Russian:

идти: to go once in a single direction (category 1)

ходить: to go multiple times, a roundtrip, or expressing the potential to go (category 2).

Here's a more in depth look at the difference between идти and ходить:

Part 2: On foot or by transport

Now we're going to take a look at a second distinction that the Russian language makes when talking about motion: the idea of going by foot (идти) and going by transport (ехать).

If we take the idea of going once in a single direction and apply it to the concept of going on foot or by transport, we are left with 2 separate Russian verbs идти and ехать.

To go (once in a single direction)

Similarly if you have a flight to Moscow tomorrow you could also say, "I'm going to Russia". But given the distinction between going on foot and by transport these two ideas of going look quite different in the Russian language:

Here's a more in depth look at the difference between идти and ехать:

Of course there are also two separate Russian verbs for going more than once and/or in multiple directions: ходить (on foot) and ездить (by transport).

To go (more than once and/or in multiple directions)

Here's a more in depth look at the difference between ходить and ездить:

That concludes the first part of our Russian verbs of motion series. I recommend practicing with these new verbs a bit before moving on. In the next article we'll take a look at how to use and say the Russian equivalent of "went".