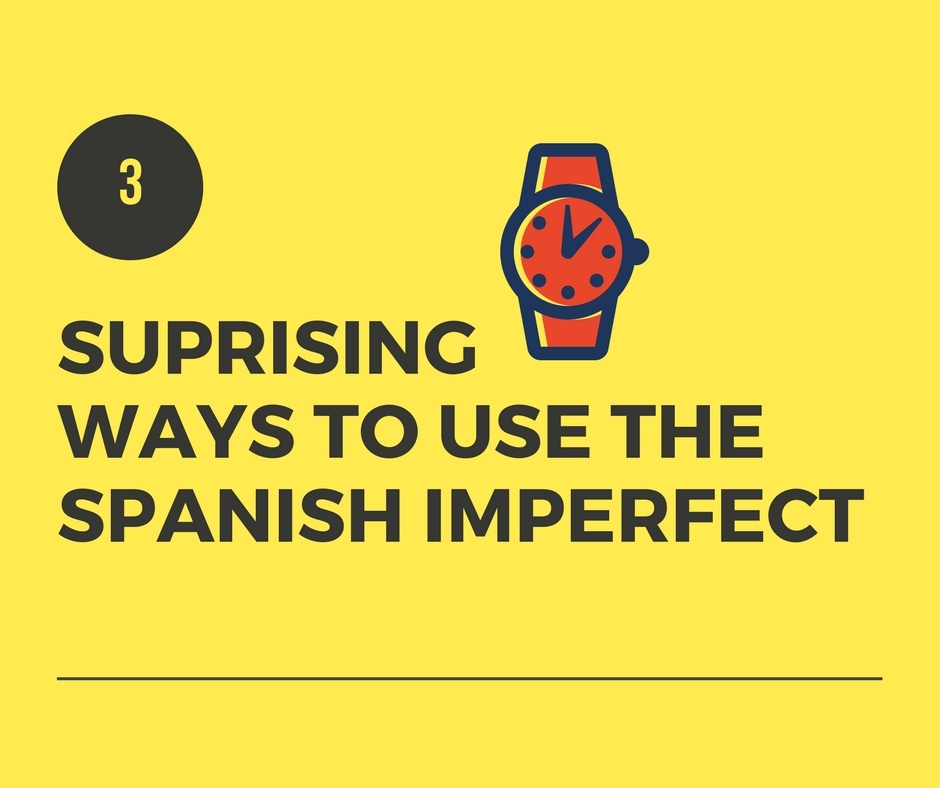 3 Surprising Ways to Use the Imperfect Tense in Spanish

Just when I thought I had the imperfect tense down, come to find out there are a handful of other ways to use the imperfect. Many of these other uses do not necessarily follow the rule of an action being habitual or repetitive, so I realized I had to memorize a few things.

Uses for the Imperfect Tense

Let’s take a look at some examples:

2. Telling the date and time

When using the date and time in the past in Spanish, you will need to use the imperfect tense as well.

3. Talking about the weather

Talking about the weather in the past can get a little tricky. Usually, if you use the preterite tense it would be perfectly acceptable. The only time you use the imperfect tense is if you can add “at that moment.”

Say you were telling a story about something that happened in regards to the weather. You might say (in English):

It was raining (at the moment) when we arrived.

For this particular sentence (In Spanish) you would need to use the imperfect because you are talking about a weather condition that occurred in the moment.

Let’s take a look at some other examples where you would use the imperfect tense with weather:

Although the imperfect does have a lot of instances where it is used outside of the normal rules, the tense is pretty easy to remember and conjugate. As long as you stick to the major rule of the imperfect being a repeated action, the rest will fall into place in time.

As you practice more and have conversations with native speakers, you will pick up on when they use the imperfect and eventually incorporate it into your own speaking (or writing). As with everything in Spanish, it just takes time and diligent practice!