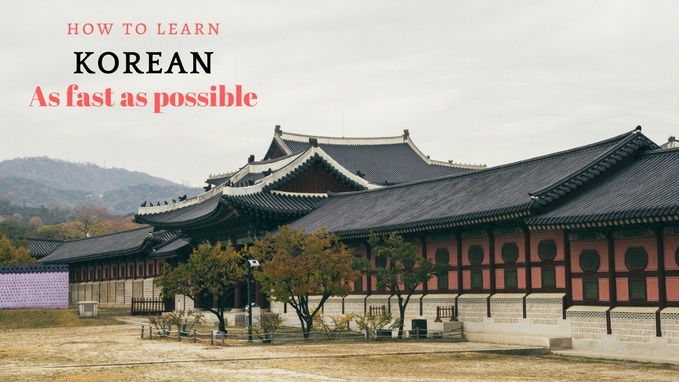 How to Learn Korean as Fast as Possible

We're going to cut through the fluff and get right down to meat of learning Korean.

In this post you'll learn a method of learning Korean that will help you start speaking as quickly as possible. But first we'll need to talk a little about your expectations...

Quick Navigation
Have Realistic Expectations
A faster method?
1) Focus on Pronunciation
2) Learn Hangul
3) Learn high frequency words
4) Learn grammar step by step
5) Speak and write much as possible
Why this method is so effective
Tools for learning Korean fast
Conclusion

Before you dive into the Korean language it's vitally important that you have realistic expectations. Many a Korean learner has started out with loads of enthusiasm and stars in their eyes, dreaming of the day they can speak freely with native speakers.

Only when that day doesn't come, after a few weeks of study, they get discouraged and quit.

Let's be clear here. You're not going to become fluent in Korean in a day, a week, a month, or probably even 6 months. It takes a great deal of consistent effort over a long period of time, in order to see your abilities in a foreign language improve.

How long does it actually take to become fluent in Korean?

According to the FSI it takes about 2200 classroom hours over 88 weeks to become fluent in Korean; and that doesn't include an extra 10-15 hours per week of practice outside the classroom.

Note that this time frame is for full on fluency, not for simply being able to speak the language. Fluency usually means you can use the language effortlessly while communicating on a broad range of topics. 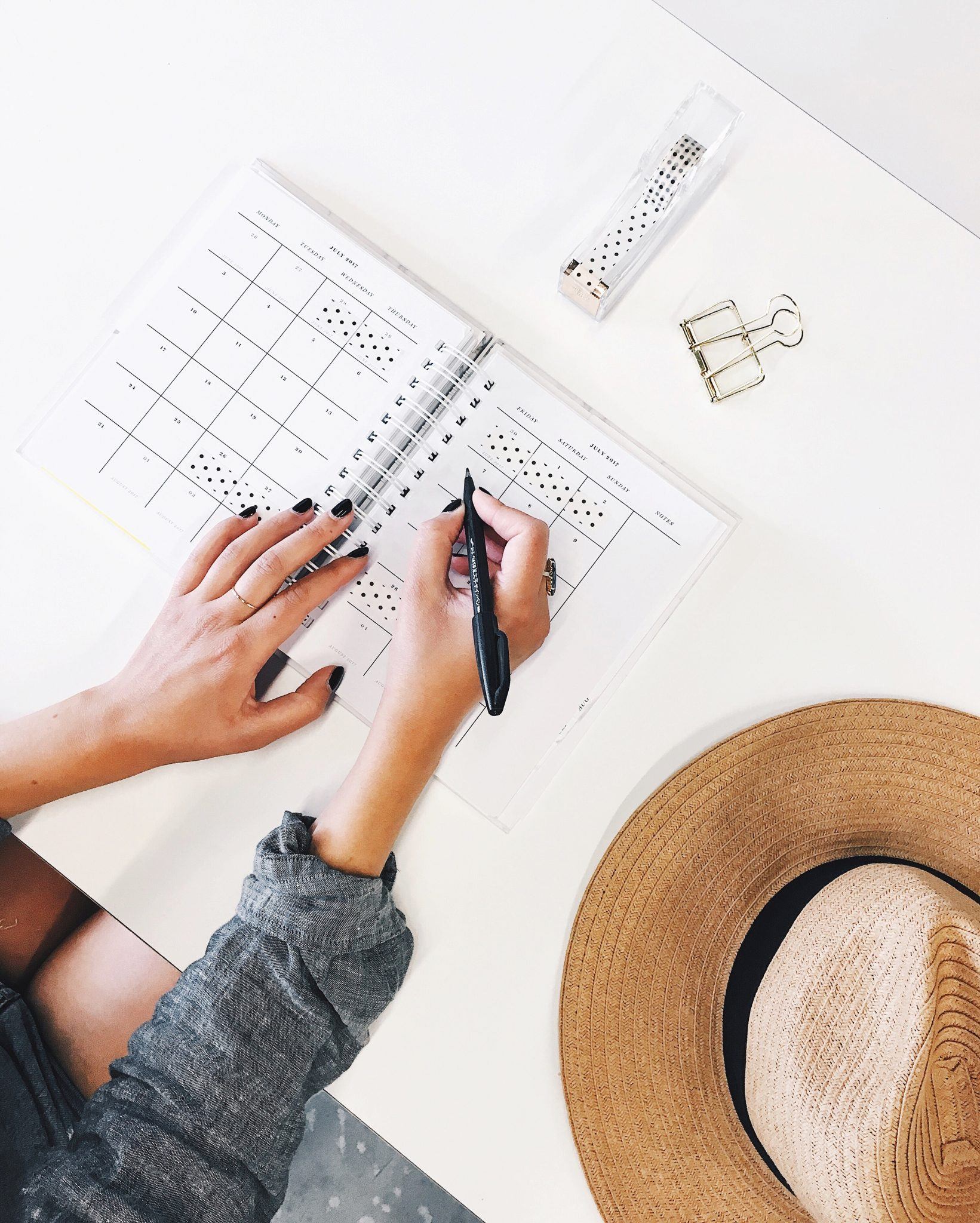 It's important to have realistic expectations when learning a foreign language.

While fluency takes a long time, being able to make conversation in Korean doesn't have to take nearly as long.

For most foreign languages, dedicated practice and study will allow you to hold an extended basic conversation well within 6 months; though it depends widely on the language and the learner.

When most people start learning a foreign language, they realize how far off fluency is, and they mistakingly think that it will take just as long for them to start speaking the language.

In this post we'll focus on an approach that will get you speaking Korean as quickly as possible.

If you follow this approach, you will speak faster than students who use more traditional methods, like solely learning from textbooks or in a classroom setting.

Those methods aren't bad, they just aren't the quickest way to bring your conversational skills to a functional level

The first step we recommend you take to learn Korean is to learn correct pronunciation.

This might seem a little counter intuitive for some people. The truth is that pronunciation is a large part of the glue that cements a new language into your brain.

Developing a good accent while learning a foreign language has long been a technique used for opera singers as well as missionaries.

When you can physically make the correct Korean sound, you brain will have a MUCH easier time recognizing it and remembering it.

When you learn a foreign language's sound system, the language starts to lose its foreignness, and you will more easily remember them after having read or heard them.

How to learn pronunciation

Break the language into its individual sounds (see videos below). Focus on the Korean sounds that are the most difficult, and don't be afraid to practice the heck out of them.

Pronunciation is like a physical workout for your tongue (which is a muscle by the way). Sometimes your tongue has to build up flexibility, muscle memory, or endurance. So you if you get stuck on a specific sound don't give up!

Always listen to native speakers (either in real life or through audio), and compare your pronunciation to theirs. Try to find video or audio of native speakers and mimic the way they say their phrases, matching their voice inflections.

To some this might seem tedious, to others (like me) it might seem fun. Either way this exercise will tune your ear and your mouth to the nuances of normal Korean speech, which will be invaluable later on.

Early on, when you start practicing pronunciation, it's not as important that you know what the meaning of a Korean word or phrase is. At this phase we're more concerned that you can pronounce it correctly.

Learning what the words actually mean (aka vocabulary), will come a little later. Think of pronunciation as part of the foundation, upon which you'll build your Korean vocabulary (because that's what it is!).

Now that you have a handle on the sounds of Korean, it's time to focus on the writing system: hangul.

A brief intro to the Korean writing system

Though it may look intimidating, don't let hangul scare you. It was literally design to be easy to learn. It's not nearly as intricate as the Japanese writing system, and you don't have to worry about memorizing logographic characters like you do in Mandarin.

The system is markedly different from English; but once you learn the logic behind it, it really isn't that difficult to learn. You should be able to knock out this important part of learning Korean in a week or two.

Now that you've learned correct pronunciation, and how to read Korean, it's time to learn some actual words!

Most people don't know this, but linguist have spent enormous amounts of time and energy figuring out which words are used most often in a given language. They often publish their findings in frequency dictionaries, which are essentially huge and expensive word lists.

Luckily for you, it's not that hard to find a modified  frequency word list on the web. This is huge! Use a spaced repetition system like Anki or Memrise to commit the 500+ or so most common words in Korean.

Once you do this you'll be able to understand around 70% of what you read, and also a significant amount of what you hear!

Focus on learning nouns, adjectives, and verbs. For now stay clear from other types of words like conjunctions or prepositions.

You can find a word list of the top 625 Korean words here.

By this point you should have a very basic level Korean and be able to point things and yell their name in the language (not unlike a small Korean child).

Now it's time to put all the pieces together. This is where your hard work pays off. Pick up a course, textbook, etc and work through the grammar concepts one by one.

An intro to the basics on Korean grammar

As you learn simple things like present tense, or how to say basic phrases; suddenly all those words you learned in the last step will skyrocket your abilities.

As you pick up the patterns of grammar you'll be able to mix and match all those verbs, nouns, and adjectives you already know.

Your reading and pronunciation skills will also help you remember new words, as well as surmise their meaning based on context (this is huge).

5) Speak and write much as possible

Here's the funnest part, practice what you've learned! Write and speak Korean using the grammar and vocabulary you've learned. If you feel like you're expressing yourself will the skill of a three year old. That's okay!

Don't be afraid to make mistakes or be misunderstood. It's all part of the process!

Why this method is so effective

This method works well because it incorporates all aspects of the language (speaking, listening, reading, writing) from the very beginning. When you learn Korean this way you remember a word, not just because you read it in a textbook...

You remember it because you heard it, saw how it was spelled, spoke it correctly, and used it to communicate. This way, your brain has a lot more material to grab onto the next time you try to recall the word.

In this list we feature a few resources that will help you learn Korean efficiently. They all focus on using the language through speaking, reading, writing, and listening.

If you're serious about learning Korean quickly you should definitely check them out!

Rocket Korean is built around recorded audio in the form of dialogues. The dialogues have English explanations and teach the language in "chunks" or phrases versus individual words (this is great for conversational Korean).

What truly sets Rocket Korean apart is that it also focuses on literacy (not just being conversational). The course really breaks down the Korean alphabet and does a good job of teaching hangul.

Rocket Korean does is excellent for teaching conversational Korean AND written Korean. I wish more Korean courses did the same!

Koreanclass101 is one of the most popular Korean learning resources on the web.

Their lessons are in the format of podcast episodes. Each episode features two hosts who breakdown and explain a conversation between two native Korean speakers.

The hosts do a good job of explaining difficult concepts, teaching relevant grammar, and keeping things light and interesting.

Lesson transcripts are available in English as well as Korean. There's also an in site flashcard system for learning new words and Korean letters.  As well as a section dedicated to learning hangul.

An intro video from one of Italki's Korean teachers.

You can connect with language speakers from around the world and practice your speaking skills. Italki is one of the largest sites offering professional lessons with Korean teachers and tutors.

The site also has a ton of useful and free community features. The most notable of which is an online "notebook", where you can write entries in Korean and have them corrected by native speakers.

*with a purchase of $10 or more. After you complete your first lesson a credit of $10 will be added to your account

There are no shortcuts to fluency, but there can be shortcuts to speaking a language and being conversational.

Use these tips, techniques, and resources to jumpstart your Korean learning and start using the language as quickly as possible!