Pimsleur’s French courses have a split reputation. Many people swear by them, and won't fail to recommend them to French learners. Others criticize it’s high price tag and audio only approach.

In this article we’re not going to get into the nitty-gritty of makes Pimsleur a good (or not good) course. We already did that in our Ultimate Pimsleur Review.

The purpose of this article is to point out some of the unique features of Pimsleur’s French course and how they can help or hinder your French learning.

However Pimsleur courses also have their drawbacks. They tend to use highly formal language that is sometimes too respectful for most day to day situations. The courses are also sometimes criticized for teaching limited vocabulary.

A good accent and correct pronunciation is a powerful skill in any foreign language, but especially French. English and French are the languages next door, and they share a lot of vocabulary and similar words.

Once you nail your French accent this becomes a huge advantage in learning the language and can increase your vocabulary and ability to pick up new words dramatically.

Just as Pimsleur is known for using formal language, it’s also known for a heavy emphasis on pronunciation. In Pimsleur French you’ll hear new French words and phrases one syllable at time. This allows you to focus on each sound and gradually build up to the correct pronunciation of the full word.

Pimsleur’s pronunciation technique is outstanding when compared to other French audio courses. We won’t go into it anymore here, but you can find a better summary of it in our Ultimate Pimsleur Review.

Some Pimsleur courses have less than stellar voice actors, and the conversations sound a bit contrived and unnatural. With Pimsleur French that isn’t the case. The actors do an excellent job of speaking naturally.

The speed in which they speak is also paced well. It doesn’t feel so fast that you can’t understand it, but at the same time it’s fast enough that it challenges you.

Pimsleur French has a total of 5 course levels. A lot of Pimsleur courses only have 4, and some only have 1 or 2. French is probably one of Pimsleur’s most popular languages, which probably explains why they offer more courses in the language.

Also, all 5 levels of Pimsleur French do a good job of building off one another and increasing the difficulty while introducing new material. The same can’t be said about Pimsleur Spanish, which also has 5 course levels.

Pimsleur is notorious for using very formal language in their courses. The French course is no different. Formality in French language is important because there are two versions of the pronoun “you”: “vous” (formal) and “tu” (informal).

More info on the difference between vous and tu

Typically you use vous when talking with strangers or people who are significantly older than you, whereas tu is used for people you know well.

Which pronoun you use determines how you conjugate the verb you use it with. There are separate conjugations for vous and tu. Pimsleur French 1 exclusively uses vous. The higher levels will use tu, but Pimsleur prefers the formal vous and will use that more often.

If you working through Pimsleur’s French courses you’ll be more prepared to speak with people in general/very polite situations. If you use the same formal language with your French friends, it would seem odd, but you would be understood.

In the long run the vous vs tu problem doesn’t seem to be a huge one. Once you’re more familiar with the French language it won’t be difficult to switch between vous and tu.

Transcripts would be nice

For whatever reason Pimsleur doesn’t provide transcripts for their courses. Sometimes it’s hard to tell exactly which words are said in a French phrase because when spoken they tend to blend together.

This is great for practicing listening and speaking (it’s how you’ll likely hear French spoken in real life), but it would still be nice to refer to a transcript to see which words you’re actually saying.

What other people are saying about Pimsleur French

"Pimsleur teaches you French the way you learnt your mother tongue. That is mainly by listening and speaking. You won’t spend hours learning grammar rules.

While I personally think this is a good thing, a few people may hate that. If you love to study grammar for hours, Pimsleur is clearly not for you.

On the other hand, if you like to learn grammar naturally as you learn the language, this approach will delight you."

Rocket French is built around recorded audio in the form of dialogues. The dialogues have English explanations and usually teach the language in "chunks" or phrases versus individual words (this is great for conversational French).

The Rocket French method isn't quite as gradual as the Pimsleur method. Overall Rocket French is a more comprehensive course that does a good job of incorporating speaking and listening, as well as reading and writing. 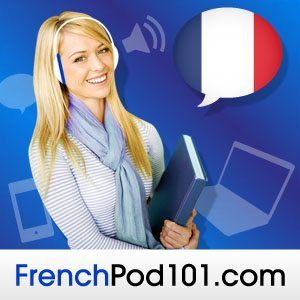 Frenchpod101 features audio lessons in a podcast format. Lessons are great for grammar and vocabulary. Each lesson is designed around a French conversation between native speakers, and the teachers do a great job of keeping things engaging.

While it's not as structured as Pimsleur it's still a substantial French learning tool (it's also much cheaper too). The site features transcripts, an in-site flashcard system, and many other useful features.

Fluentu is a site that helps you learn a language through native videos. Use in site flashcards, captions, and games to learn new words in context while watching French TV shows, movies, commercials, and more. It's a great way to push your listening skills and vocabulary.

Even though Pimsleur’s French courses use a lot of formal language and offers no help in writing, they still stand as effective and highly useful tools for learning French.

Pimsleur French is great for developing French pronunciation, and even though it’s reading resources are scant they’re still helpful.

Pimsleur offers one week of complete access to all of their French courses for free on their site. Try out the lesson and see if Pimsleur French is right for you.