When I decided I wanted to learn a foreign language the first product that came to mind was Rosetta Stone. Over the years the company has become a household name for language learning.

But popular doesn't always mean best. Rosetta Stone was expensive and before I gave over my hard earned dollars to a language course I wanted to do a little research....

I found out that Rosetta Stone can help you learn a language but the effectiveness of their courses can differ widely based on which language you're learning.

In this post we're taking a look at how well Rosetta Stone meets some of the unique challenges that come with learning Japanese. We don't go too much in depth discussing the overall format and method of Rosetta Stone.

This review is for people who specifically want information on Rosetta Stone's course for the Japanese language. We will look at some of the unique features of the language and how well (or bad) Rosetta Stone teaches them.

Rosetta Stone is a language learning course that uses a mix of script, audio, and pictures to teach the basics of a foreign language. Their method relies on a no translation rule where nothing in their courses is explained in English.

This method can be good for learning the foundational grammar and vocabulary of languages like Spanish or French, but it falls incredibly short when used to teach Japanese.

There is nothing in Rosetta Stone Japanese to account for the language's complicated and honorific grammar, or for written Japanese. Users are simply left in the dark when using the course.

Rosetta Stone Japanese can help with the most basic Japanese vocabulary and grammar. The repetitive method and audio visual elements do help some people remember new words.

At its best the course could serve as a learning supplement. But with a moderately high price tag Rosetta Stone Japanese is far from the best option for Japanese students.

Is Rosetta Stone Japanese right for you?

Rosetta Stone Japanese is specifically designed for beginners who have little or no knowledge of the language. If you are an intermediate or advanced student you won't find much value in the course.

A bit about Rosetta Stone's courses

Originally Rosetta Stone was almost certainly designed to teach native English speakers Spanish as a foreign language. The course was developed with Spanish grammar in mind and was built to help new learners become familiar with and understand Spanish verb conjugations, word gender, and other unique features of the language.

Rosetta Stone Spanish usually works reasonably well for new learners. While we can't say for sure, we're pretty sure that Rosetta Stone used their course (designed for Spanish) as a template for all their other language courses.

This isn't a huge problem when you're dealing with languages close to English and Spanish (French, Italian, Swedish, Dutch, etc), but it becomes a big deal if you're trying to learn a language far removed from the Western European language families.

Japanese is about as far from the English language as you can get. There is little to no commonality between the two languages in terms of grammar, syntax, or vocabulary.  So a language course that worked well for teaching Spanish but doesn't make room for the vast differences between Japanese and English, is likely to create some challenges for language learners.

Needless to say there are some major flaws with Rosetta Stone Japanese. Here are the biggest three...

Rosetta Stone gives you the option to switch between romaji, kana, and kanji, but the course itself doesn't do much to teach you written Japanese. The Japanese writing system is one of the most complicated in the world.

A short intro to kanji

We won't get into the nitty-gritty of reading and writing in Japanese here, but know that the Japanese kanji are especially difficult yet important to learn.

Kanji are characters that symbolize words rather than sounds (similar to Chinese Mandarin characters). For the most part they have to be memorized, and there are over 2,000 which are commonly used.

Some disagree on whether a new leaner should start learning kanji right away or perhaps learn to speak a little Japanese first, but nearly everyone agrees that kanji are necessary if you want to be fluent in Japanese.

Rosetta Stone just doesn't do much to help you learn them. Other than showing the Japanese characters alongside a picture, you don't interact with kanji.

Japanese is a heavily honorific language, meaning its grammar is dependent on your relationship with the person you are talking with or about. Japanese has multiple levels of formality that range from very polite to very personal and casual.

When you are learning Japanese you have to learn 1) What the varying degrees of politeness are and how to use them, and 2) When to be polite and when not to be.

Rosetta Stone doesn't even try to put a dent in the honorific system. It virtually ignores it. Throughout the course you are only given the more polite and formal forms of Japanese, and there is no distinction made between a casual or more formal situation.

Japanese grammar is often a big jump for native English speakers. The word order (ie subject, verb, direct object, etc) varies widely from English. Also in Japanese a lot of words like the subject or object can get dropped in a sentence because they are implied rather than explicitly stated.

There are other features of Japanese grammar that can seem confusing like a flexible word order, and the aforementioned honorific language.

Rosetta Stone's method of using absolutely no English in their courses doesn't benefit someone trying to study Japanese. There's only so much grammar you can intuitively pick up through words and pictures alone. At some point you will need an explanation in English.

One you get past the most basic nouns and sentence structure in Japanese, a no English translation method becomes a liability. Rosetta Stone leaves you in the dark to guess for yourself what a particular phrase means.

Is Rosetta Stone Japanese all bad?

Rosetta Stone can work as a compliment to other learning tools. It's major flaws keep it from being a go-to Japanese course, but it can be useful for learning or reviewing basic Japanese  vocabulary.

At it's price point though ($79 for a 3 month subscription or $124 for an individual level), it's a bit expensive for an extra Japanese learning tool.

What other people are saying about Rosetta Stone Japanese 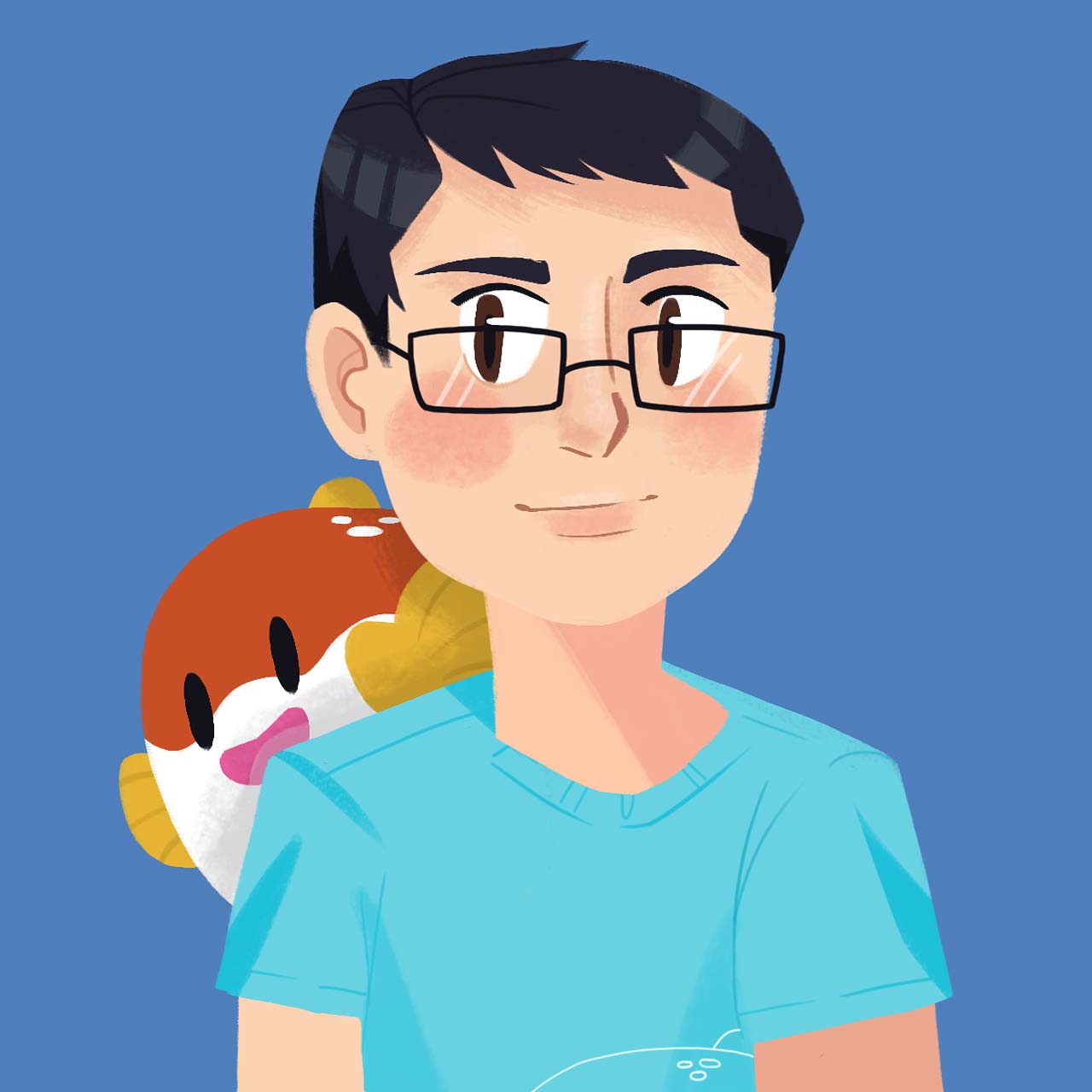 It’s okay, I’ll give them that, and probably not worth the money it costs (you’re paying a ton extra to fill their marketing budgets I imagine).

Unfortunately for them, there are way better (and cheaper / free-er) alternatives out there that blow Rosetta’s socks off.

The only problem is these alternatives don’t have marketing budgets like Rosetta, which means you’ve never heard of them before.

DO NOT buy Rosetta Stone Japanese if:

You’re brand new to Japanese – Rosetta Stone says that it’s good for beginners, but their immersion method can confuse people new to the language. There are much better ways to learn as a beginner.

If you have a high-intermediate to advanced level of Japanese – Rosetta Stone is a waste of your time. It won’t teach you anything new.

Rocket Japanese is built around recorded audio in the form of dialogues. The dialogues have English explanations and usually teach the language in "chunks" or phrases versus individual words (this the best way to learn conversational Japanese). The course is heavily structured and teaches progressively through the language.

In our Rocket Japanese review, we talk about how this course is also one of the few Japanese courses that has a hefty literacy component. Level 1 covers Hiragana and Katakana. Levels 2 and 3 focus on learning Kanji. Again, most courses skimp on any writing or reading. That's not the case with Rocket Japanese.

Japanesepod101 is one of the most popular apps for learning Japanese, and for good reason. The site features audio lessons in a podcast format. Lessons are great for grammar and vocabulary, and the teachers to a great job of keeping things engaging.

While it's not as structured as Rocket Japanese it's still a substantial resource (it's also much cheaper too). The site features transcripts in kanji, romaji, hiragana, and English. There is also a flashcard system for learning kanji. (You can check out our full review of this podcast here)

Duolingo is the best known language app, and for good reason. It's proven to be an effective app for learning basic grammar and vocabulary in a game like setting.

As of May 2017 the beta version of Duolingo Japanese was released for IOS and Android. While they're still working out some of the kinks it's a great program to help get you started. There's some kanji used in Duolingo Japanese, but mostly you will be using hiragana.

The app tends to gloss over Japanese grammar without giving explanation to users. We go into more detail in our review of Duolingo Japanese. Suffice the say it's not the app for the language (especially for beginners), but it is free so it's worth checking out.

$6+ per hour (price varies between teachers)

You can connect with language speakers from around the world and practice your speaking skills.There are 200+ professional Japanese teachers and informal tutors on Italki, and it is an excellent resource for online Japanese classes.

On its own Rosetta Stone isn't the best way to learn Japanese (if you want to find out what the best way is read our article here). It simply overlooks too many important aspects of the of the language to be a stand alone course. If you're not turned off by the price, the course can work as a additional resource. You can learn basic words and phrases with it.

Still, students might want to look elsewhere of they serious about learning Japanese