In this article we’re going to look at some of the challenges Russian learners will face if they use Rosetta Stone to learn Russian.

Because we covered in the ins and outs of the Rosetta Stone method in that article, we’re not going to rehash them here.

This post looks at 3 specific features of the Russian language that make using Rosetta Stone more difficult and less effective than it would be for other languages like French or Spanish.

Use: Learning software for the Russian language

Rosetta Stone Russian works best a supplement to your Russian learning. It's best used to learn basic vocabulary and grammar. If you're Russian level is intermediate or higher Rosetta Stone isn't for you.

Rosetta Stone runs into some trouble with the Russian language. The Cyrillic alphabet and tough pronunciation of the language aren't explained at all in the course.

There are also several complicated aspects of Russian grammar (like word order) that the Rosetta Stone course doesn't explain because of their no translation policy.

Still, if you're completely new to the language you will find some value in Rosetta Stone.

Is Rosetta Stone Russian right for you?

Yes, if you’re a beginner

Rosetta Stone courses are specifically designed for beginners who have no experience with foreign languages. These courses are made to walk you step by step through the foundation of a language. So if you’re new to Russian, Rosetta Stone is a course you may want to consider.

Yes, if you want to learn grammar and vocabulary

Rosetta Stone primarily focuses on teaching you grammar and vocabulary. They have some written and spoken aspects to the course, but they aren’t effective enough to dramatically improve your speaking or writing abilities. The courses’ real strengths lie in their ability to teach new words and correct grammar through audio and visual media.

No, if you are intermediate to advanced

If you’re Russian ability is at an intermediate level or higher then we don’t recommend Rosetta Stone. There are simply a lot of courses out there that are better at teaching advanced Russian material.

Rosetta Stone can lay a foundation for Russian learning, but if you already have a solid foundation and are looking to improve further you should probably look elsewhere.

No, if you want to focus on speaking

Rosetta Stone helps develop your general understanding of a language, but doesn’t do that much to improve your speaking ability.

The words and phrases it teaches you often won’t be that helpful in real life (think sentences like: “The ball is under the dog”), and the spoken audio and speech recognition fall far short of preparing you for native speakers.

One reason Rosetta Stone isn’t the best option for learning Russian is because the Russian language uses the Cyrillic Alphabet. Rosetta Stone was designed mainly for foreign languages that share a similar script with English (which uses a Latin based alphabet).

The two scripts are different enough to cause problems for an a native English speaker who hasn’t been introduced to the Russian letter system.

In all honesty the Russian alphabet is a bit removed from English, but after some practice you get used to fairly quickly. The problem with Rosetta Stone is that it never gives you a formal introduction to the Russian alphabet. You are mostly left to figure out the sounds and symbols on your own.

Because of the way Russian grammar works the word order in a given sentence is pretty flexible. This makes it easy to say things correctly (from a grammatical standpoint), but it can also make it challenging to understand native speech.

You often learn a phrase in a specific order, only to hear it spoken in another. Rosetta Stone doesn’t do a good job of preparing Russian learners for this.

Another challenging aspect of Russian is pronunciation. There are some Russian sounds that are the same in English, there are ones that are similar yet a bit different, and there are sounds that simply don’t exist in the English language.

Rosetta Stone doesn’t do a very good job of helping you with the sounds unique to Russian.

Their speech recognition software simply isn’t good enough to pick up the nuances of correct pronunciation. To an English speaker Russian pronunciation can sound nuanced, with subtle but important differences between hard and soft vowels and consonants.

Correct pronunciation is important in Russian, not only because it helps you understand and be understood when speaking, but also because the difference between a soft or hard consonant often affects the way a Russian word is declined or conjugated.

What other people are saying about Rosetta Stone Russian 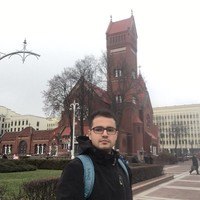 "I've been learning Russian and German using it (Rosetta Stone). After you finish all five levels you can speak a little bit and deliver your purpose but you won't have a great vocabulary.

To improve your vocabulary you need to chat, watch movies in Russian and read many passages in Russian."

"Rosetta Stone has a distorted view that learning like a child is good for adults. They promise that they will immerse you in the language you want to learn.

They promise that you will learn this new language just like you learned your first one! You will learn just like a baby. No translations. No grammar. Just pictures, text, and sound. The problem with is that You Aren’t A Baby…"

Rocket Russian is built around recorded audio in the form of dialogues. The dialogues have English explanations and usually teach the language in "chunks" or phrases versus individual words (this is great for conversational Russian).

The Rocket Russian method isn't quite as gradual as the Rosetta Stone method. Overall Rocket Russian is a more comprehensive course that does a good job of incorporating speaking and listening, as well as reading and writing.

They use a unique and effective question/recall/respond technique to get you on your feet in your new foreign language. With Pimsleur You'll learn a limited but functional vocabulary and have a good sense of pronunciation, which is important when learning Russian. 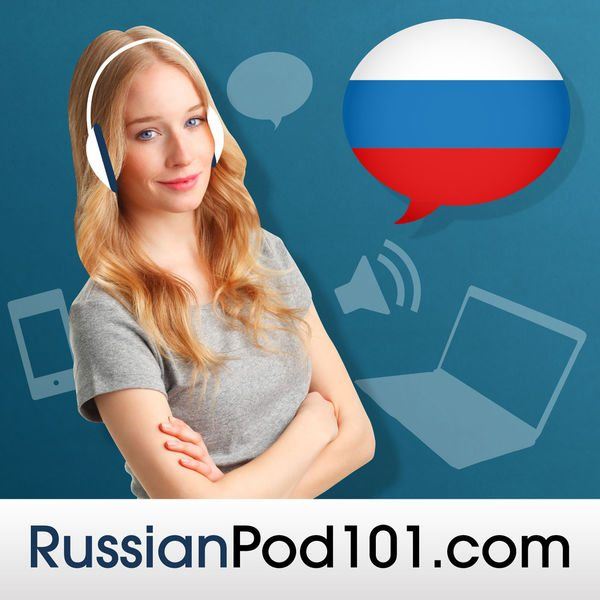 Russianpod101 features audio lessons in a podcast format. Lessons are great for grammar and vocabulary. Each lesson is designed around a Russian conversation between native speakers, and the teachers do a great job of keeping things engaging.

While it's not as structured as Rosetta Stone it's still a substantial Russian learning tool (it's also much cheaper too). The site features transcripts, an in-site flashcard system, and many other useful features.

Using Rosetta Stone isn’t all bad. The courses certain have their share of strengths.

Because Russian is further removed from the English language that some other languages it will be more difficult to learn in general, and with Rosetta Stone in particular.

I don’t intend for this post to be a Rosetta Stone bashing article, but I think it is important to point out that their courses do fall short in some areas of the Russian language.

In the end we can say for Rosetta Stone Russian what we say for most Rosetta Stone courses: For beginners the courses are a notable option. For anyone more advanced or looking to speak the language right away, Rosetta Stone probably isn’t a good fit.