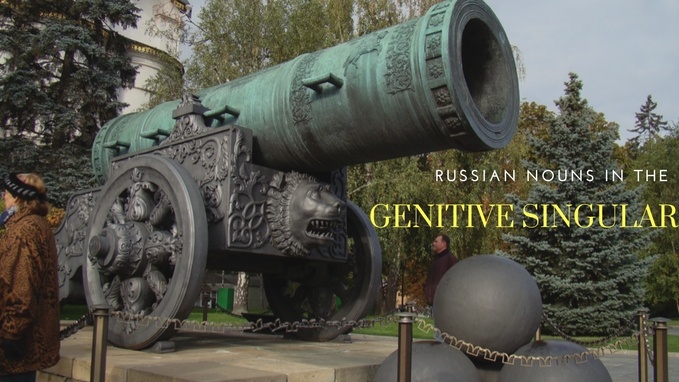 Russian Nouns in the Genitive Singular

In this post we take a look at the endings of singular nouns in the genitive case. The genitive case often gets a bad rap for being one of the most difficult cases in the Russian language. Admittedly the plural noun endings in this case aren't a walk in the park.

Hopefully in this post you'll learn everything you need to master singular nouns, and eliminate some of the confusion that often surrounds this grammatical case.

The basic genitive endings for masculine and neuter nouns with a hard ending is -а.

The basic genitive ending for masculine and neuter nouns with a soft ending is -я.

The basic genitive endings for feminine nouns that end in a hard stem is -ы.

The basic genitive endings for feminine nouns that end with a soft stem is -и.

Feminine nouns that end in a hard stem with one of the following 7 letters with get an -и ending instead of an -ы ending.

The endings for the genitive singular aren't that complicated. After a bit of study and practice you should be able to pick them up right away!

About the Author Hannah R

Just a typical girl with a sweet tooth and a love for Slavic languages!

How to Pronounce the Russian Vowel Ы (5 Approaches)

Intro to the Russian Accusative Case

Intro to the Russian Dative Case

A Genius Approach to the Russian Genitive Case (An introduction)

Russian Grammatical Gender (How to Guide)

Intro to Verbal Aspect in Russian