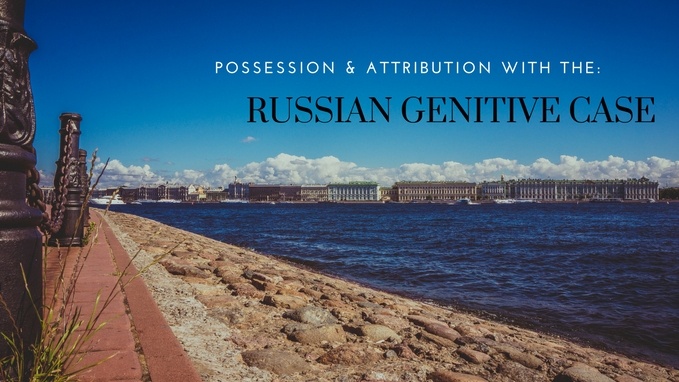 Using the Russian Genitive Case for Attribution and Possession

This is my brother's dog.

In this sentence "my brother" is the owner of the dog so instead of the nominative мой брат we use the genitive "моего брата".

Word order is typically fairly flexible in Russian, but when we talk about possession we typically want the thing that is possessed (owned) before the thing or person who possesses it (owner).

Let's take a look at another example of using the genitive to express attribution:

Here is a photograph of Moscow.

The regular nominative form of Moscow in Russian is Москва. Here change Москва into the genitive form Москвы to show the photograph is of Moscow.

If you haven't learned about genitive endings you can check out our post on it.

The genitive case is commonly used to show possession or attribution. Remember the thing being possessed comes before the person or thing who is possessing it. Once you get that, this use of the genitive is pretty easy!